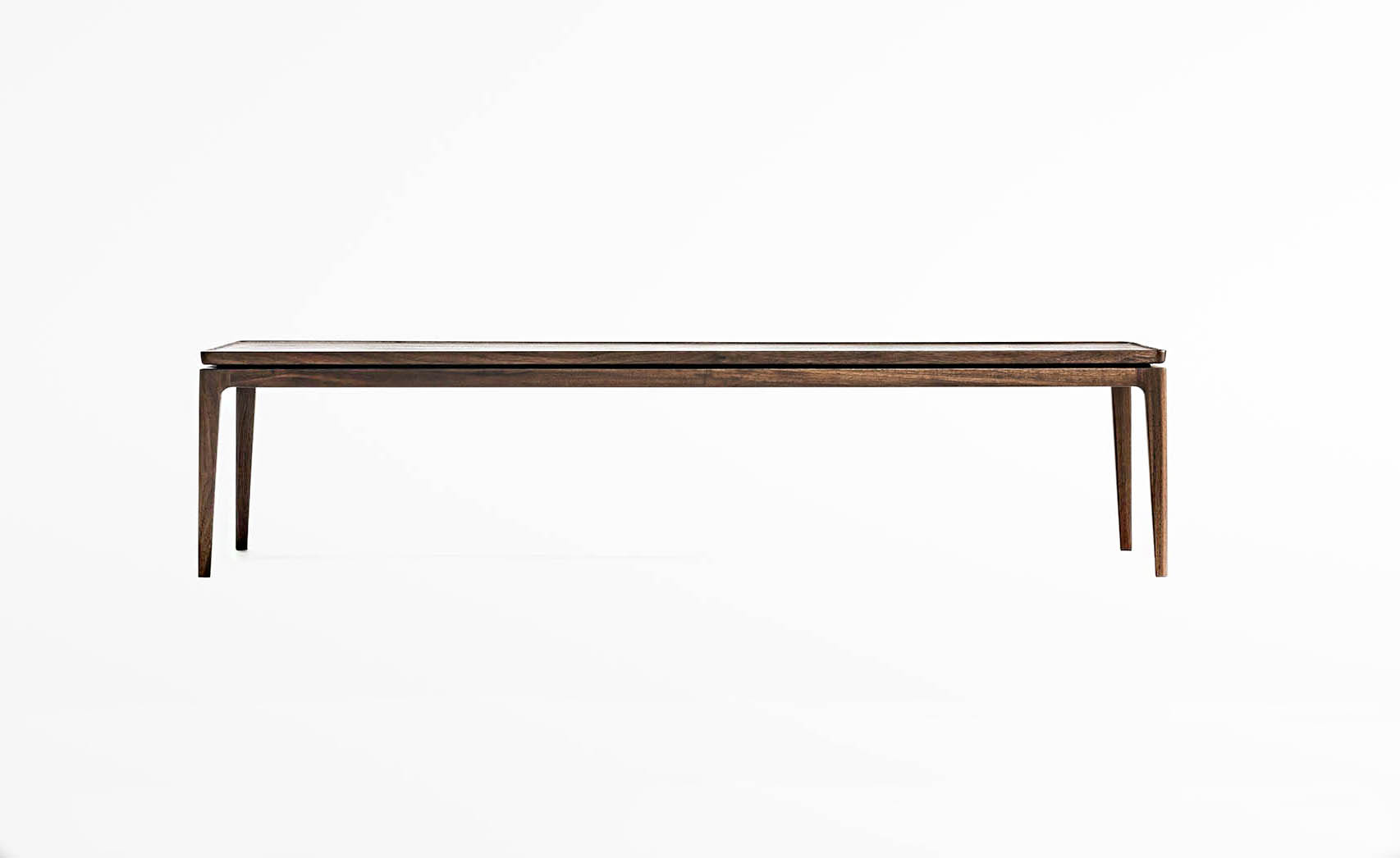 Lotus moon is a table — resembling a large lotus leaf — with a delicate upright rim at the edge of the tabletop, like on dishes or trays. The rim naturally rises from the tabletop, since it is carved and smoothly polished inside a solid board. A long time is spent to create the rim, of which the fine surface is manually finished at the end. There is a Japanese tradition to dine by using a small personal table, such as a hakozen (box table) or gozen.

The walls of the small personal tables prevent spillage, just like trays. We desired to create a presence resembling the traditional Japanese personal table, by likening the large tabletop to a lotus leaf. Lotus leaves are considered to be symbols of sanctity where Buddha statues at shrines and temples are placed. The table with the large rim will have a unique sense of presence in a given space.

The tabletop with the large rim sits on top of the base — which is surrounded by four legs and the rungs that connect the legs — leaving a slight gap between them. This also provides better stability. The Lotus moon table resembles a small lotus leaf, floating in the pond of a temple or shrine. 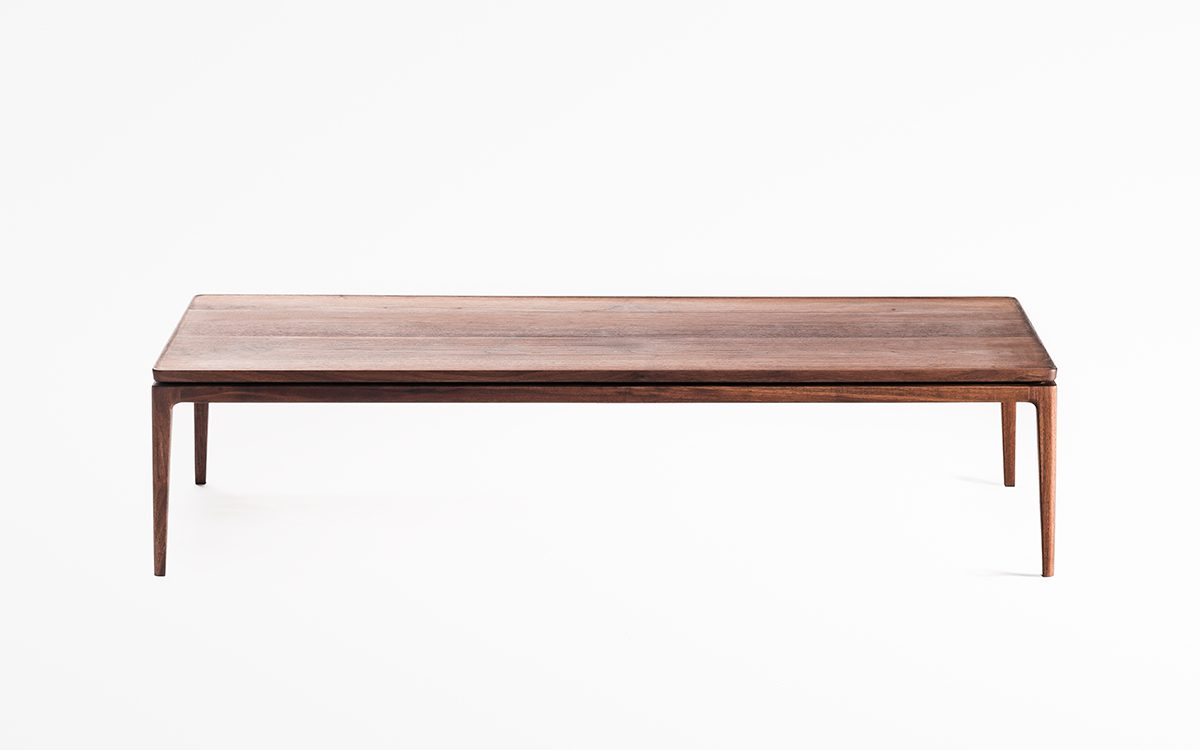 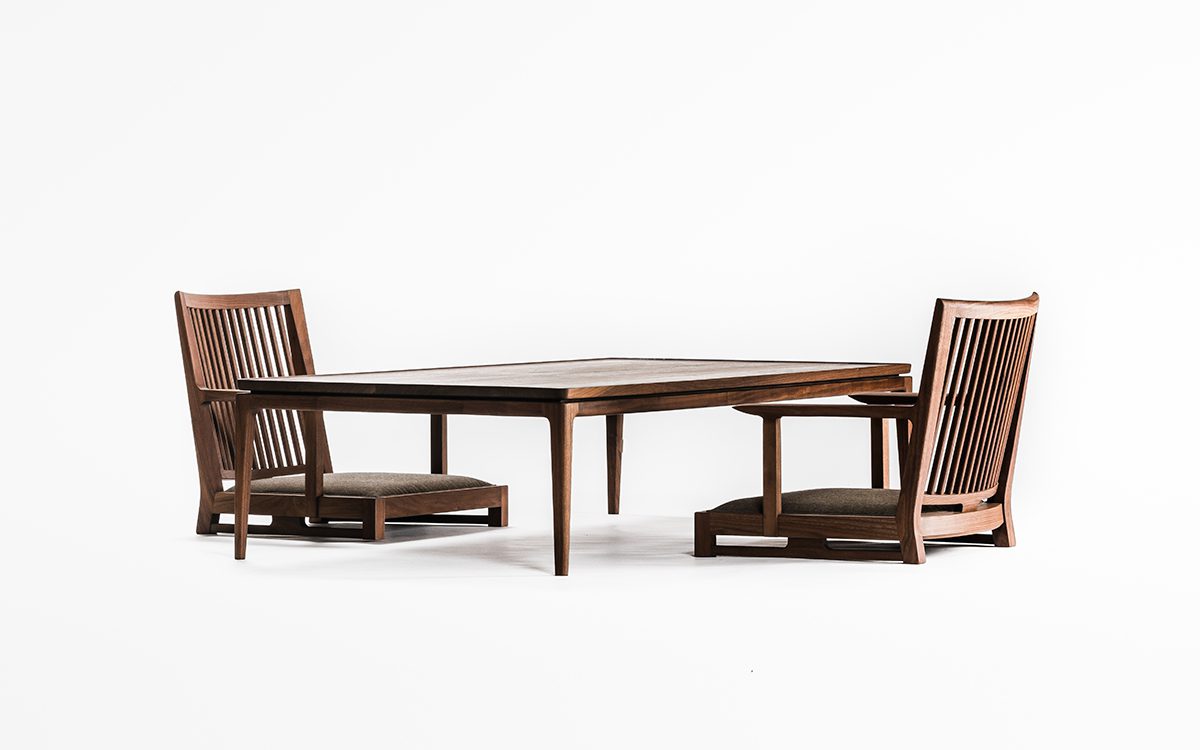 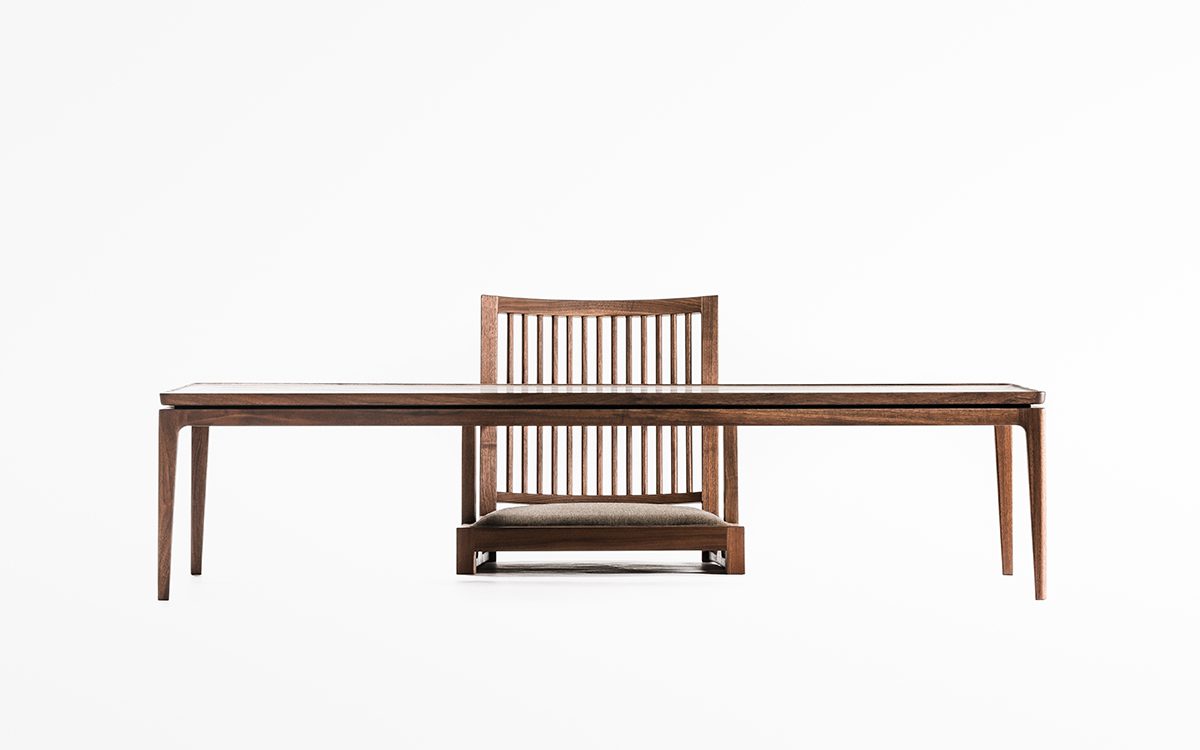 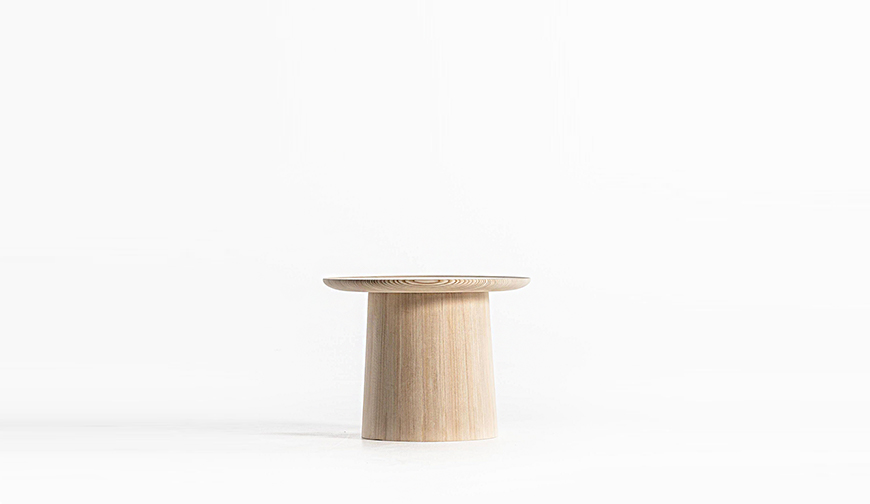 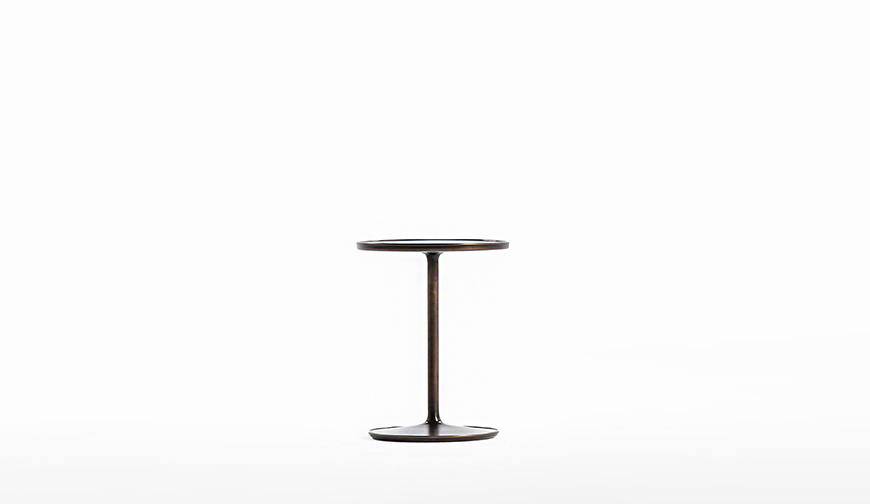 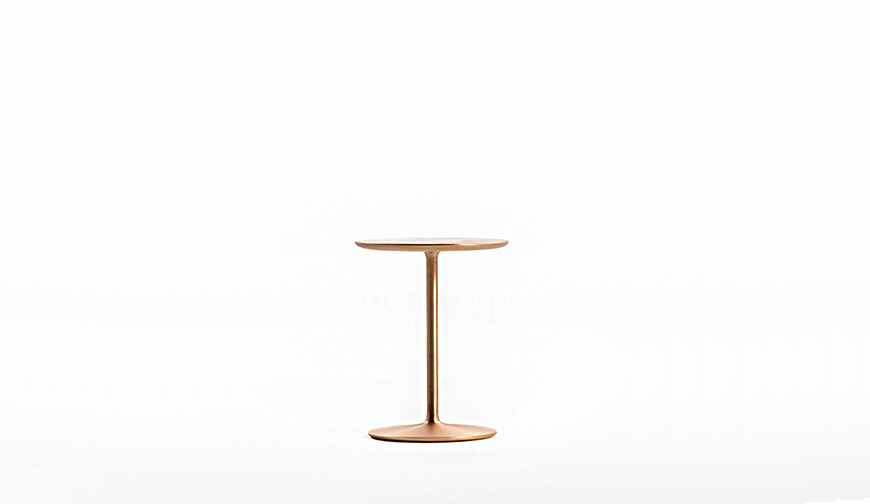 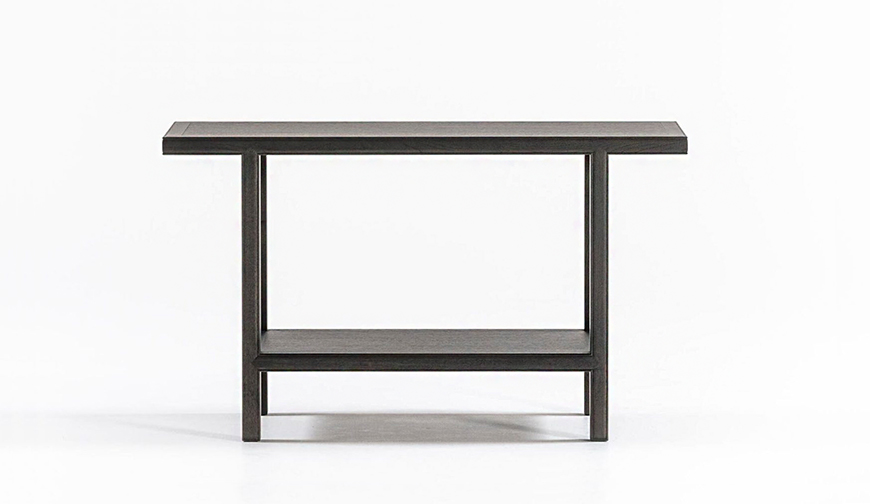 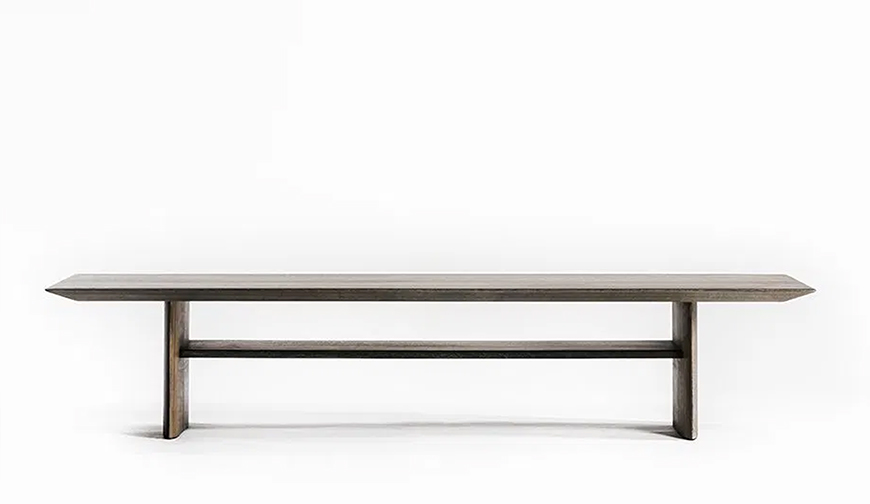 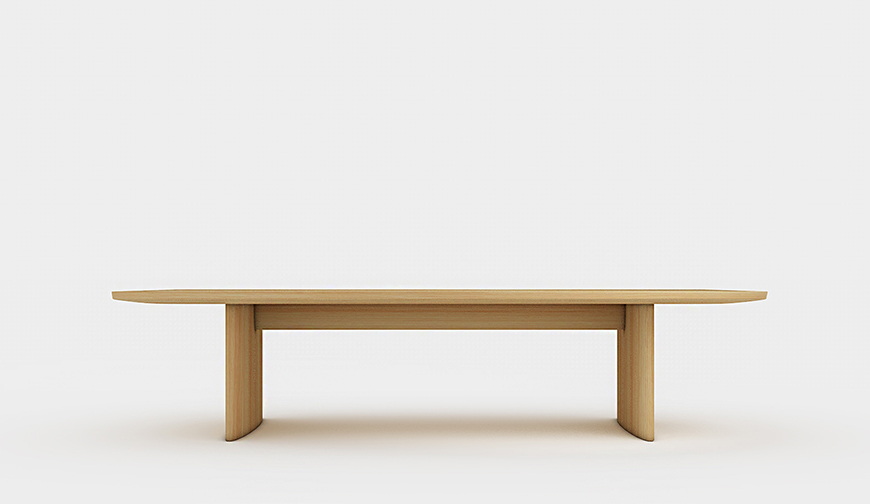 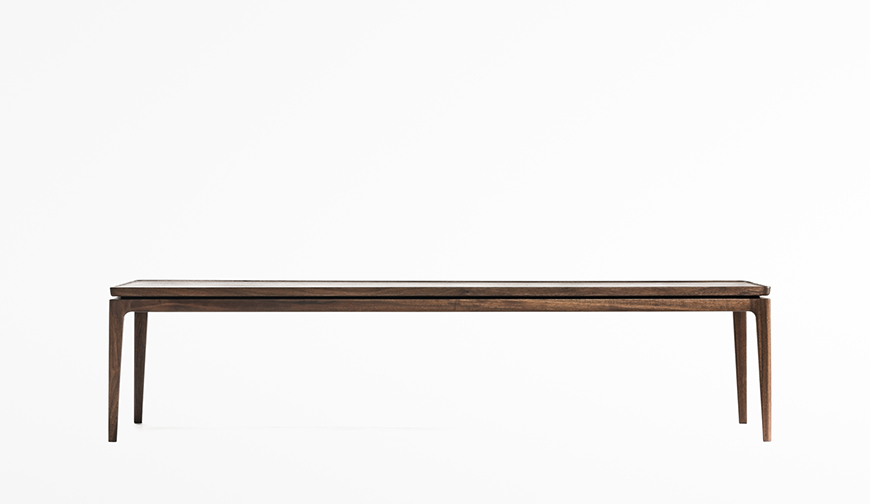 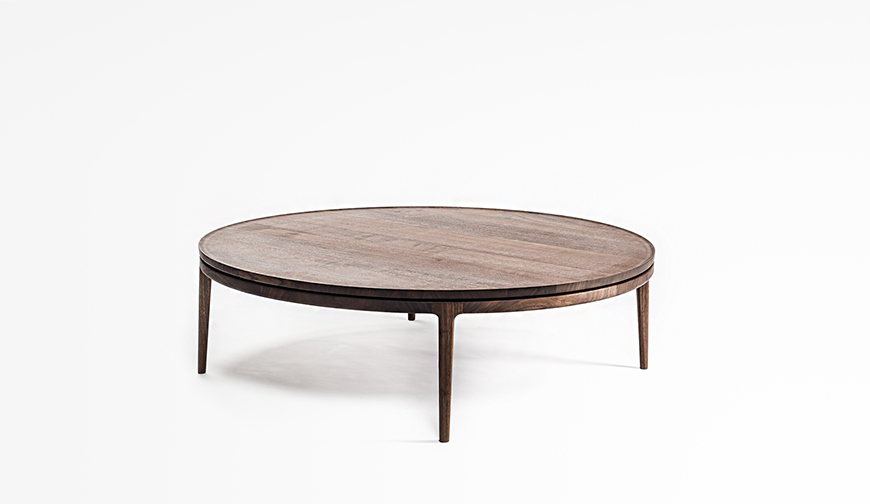 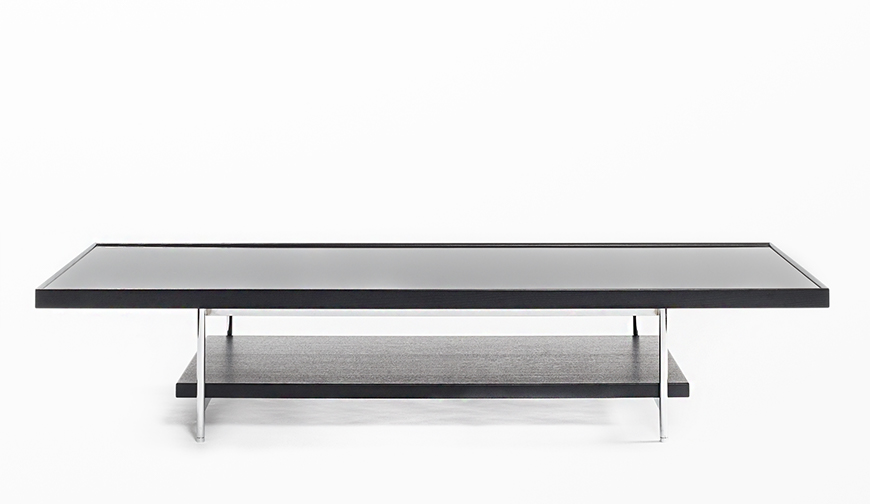 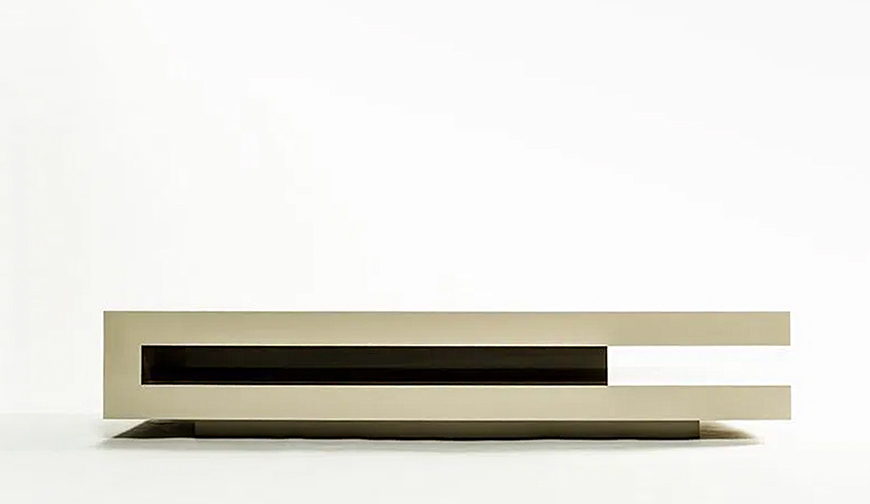 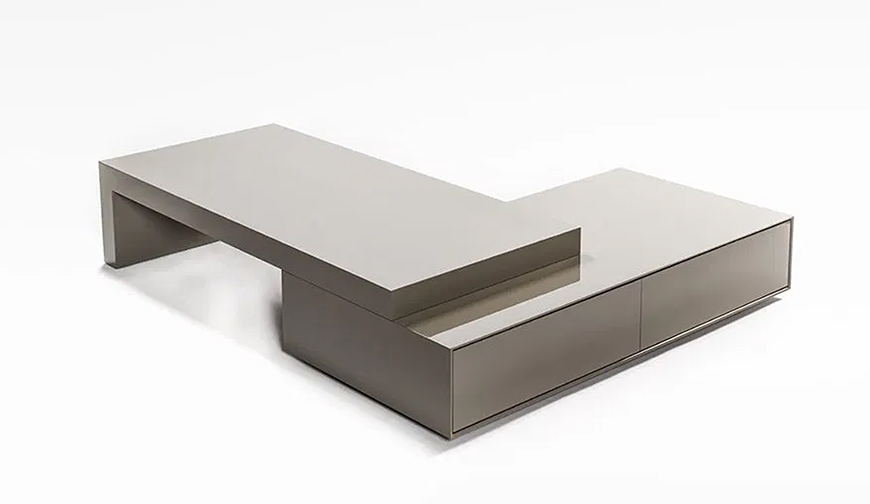 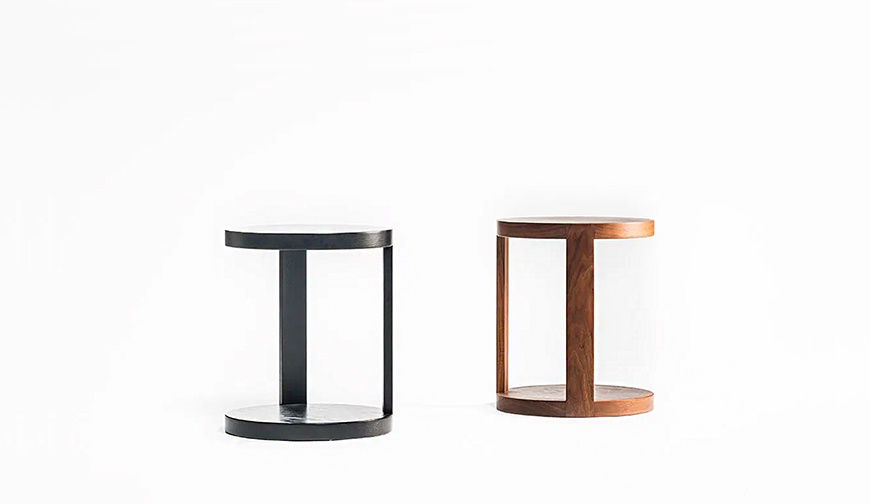 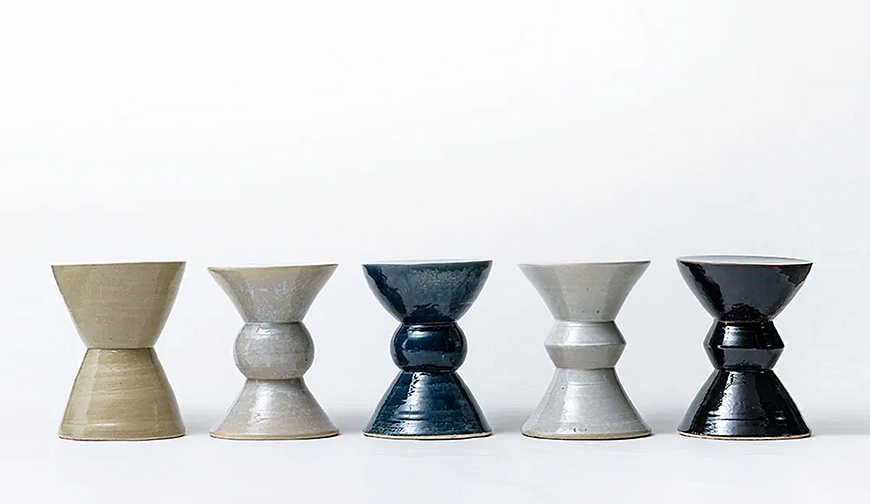 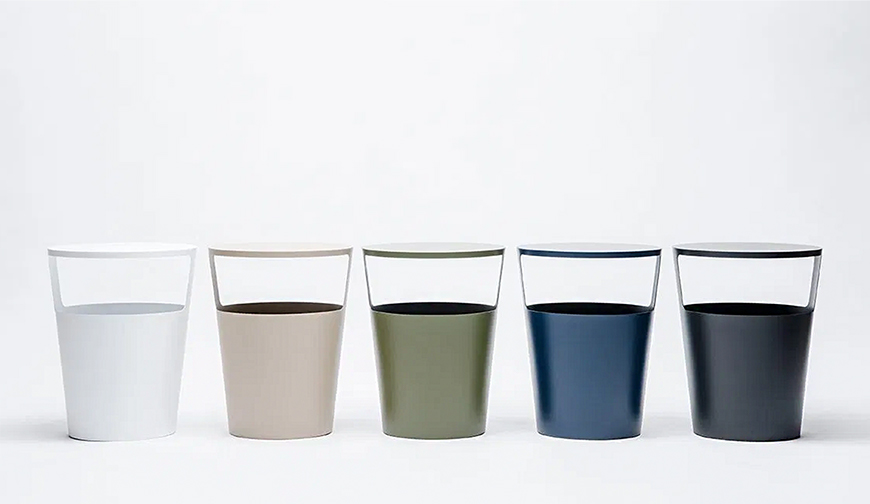 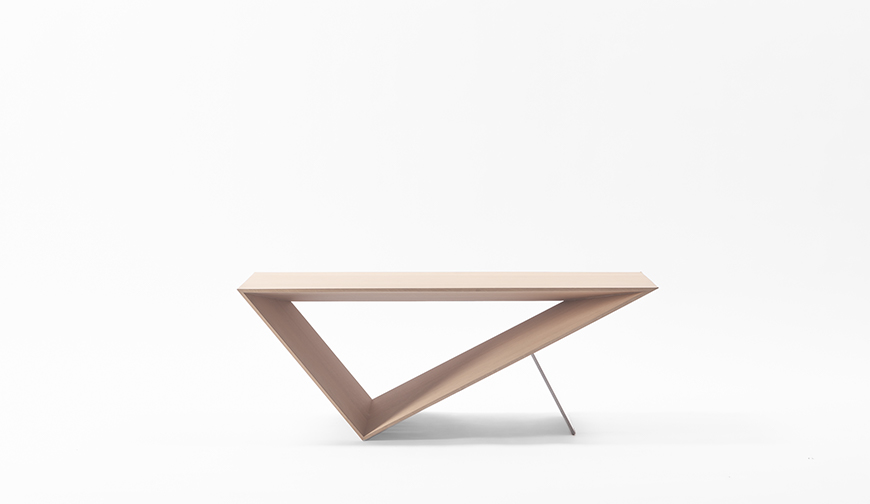 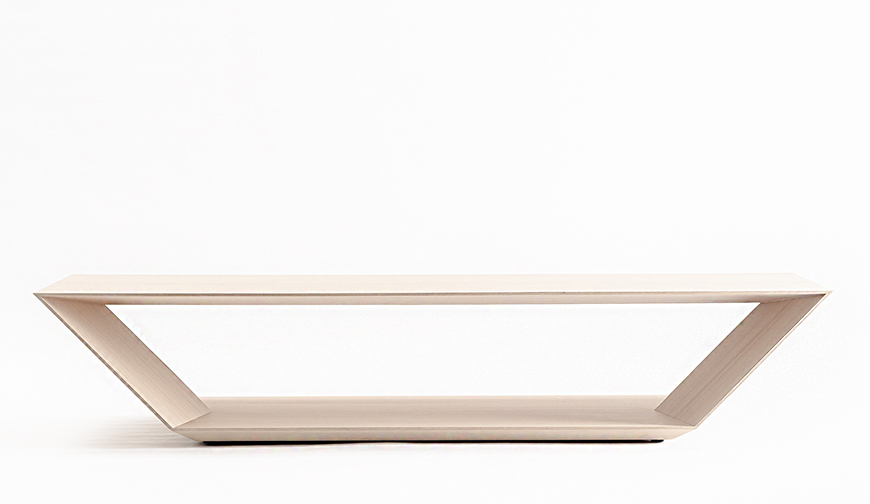 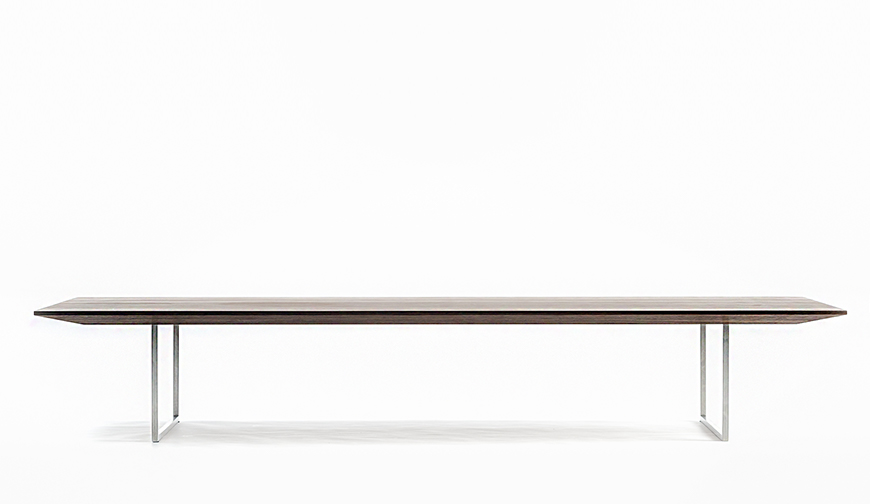 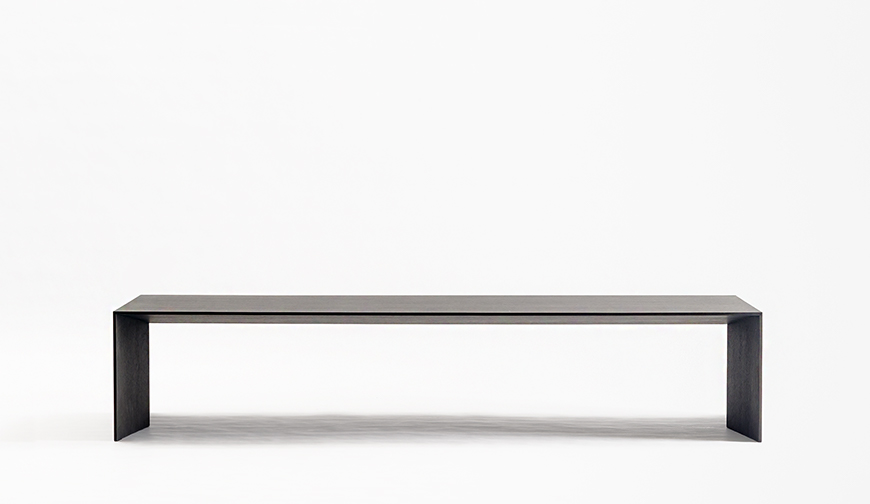 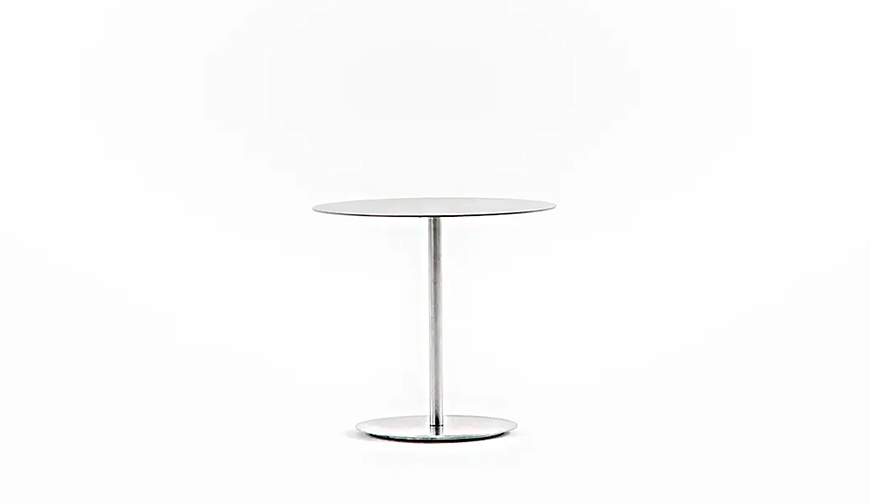 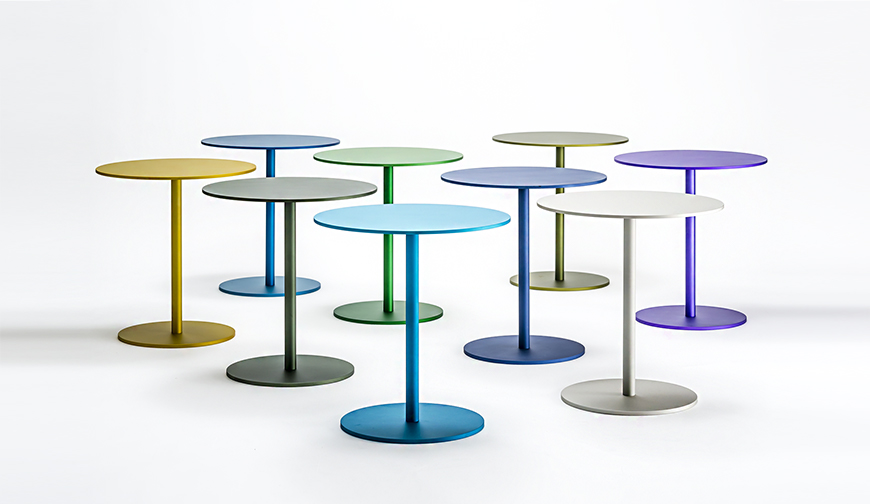 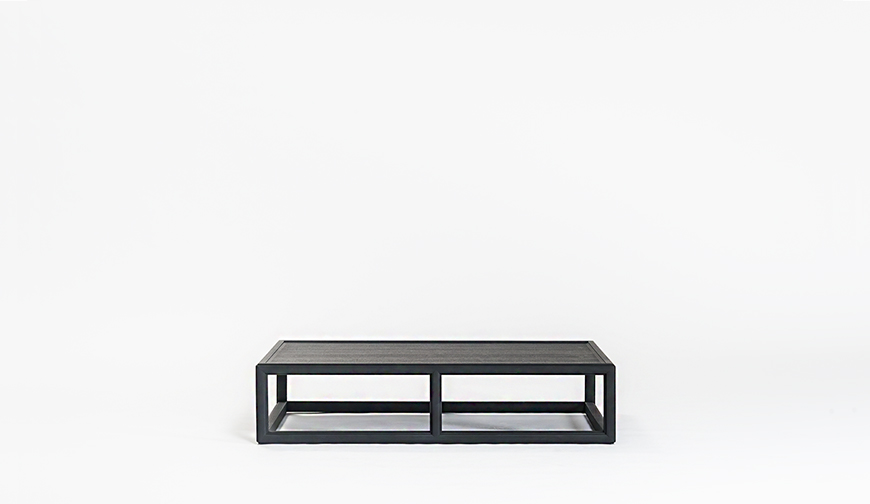 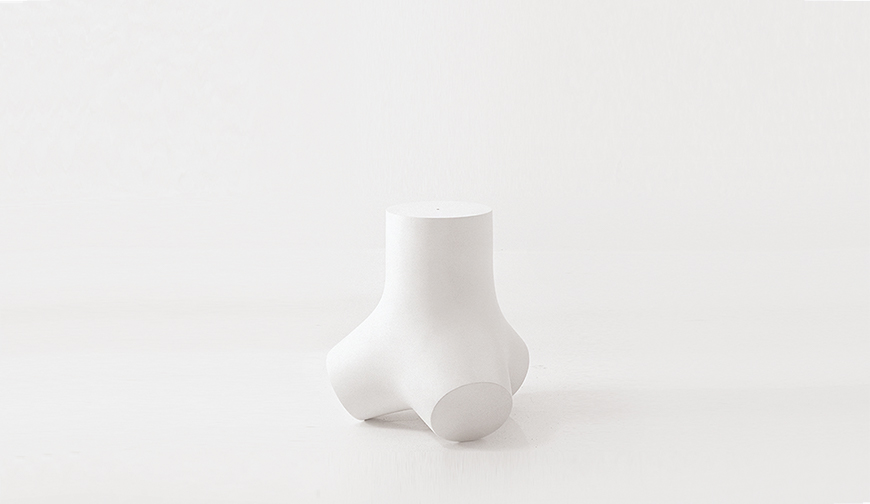