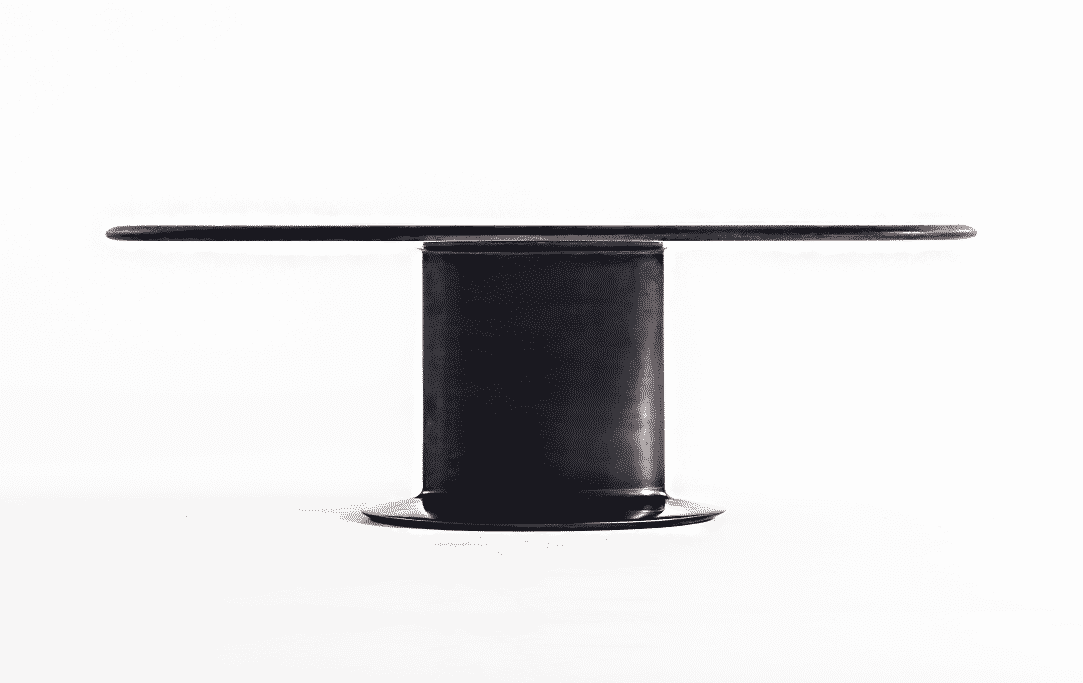 The largest Buddha statue in Japan with a height of 14.7 meters and a length of 70 meters around the perimeter was built in Nara 1,300 years ago by casting bronze. Emperor Shomu was troubled by persistent political instability and pestilence and ordered the creation of the Great Buddha to appease the nation through the power of Buddhism. This statue, which is said to have been created over roughly 11 years using bronze from across Japan, is the best-known symbol of Buddha in Japan.

At the time, ironware was commonly used in the area for pots, pans, and other tools for daily use, and bronze Buddha statues and Buddhist altar fittings were made in Kyoto and Osaka.

The casting of bronze in Takaoka began around 1830. It thrived thanks to the artisans who lost their occupation as sword makers as a result of the Sword Abolishment Edict in the Meiji period.

The casting industry has continued in Takaoka to this day because Buddhism and temples, which have been handed down from generation to generation in Japan, are still in place throughout Japan and provide spiritual support to people. Numerous cast Buddha statues and Buddhist altar fittings are contained in Buddhist temples, and most large temple bells were made in Takaoka.

We decided that we wanted to use the strength of metal to produce furniture with shapes that cannot be expressed using woodwork.

The base, brace, and plate under the table top that forms the legs of this table were created with a seamless, integrated design using casting techniques. They combine the strength of bronze and the serenity of a simple design. The brace with a streamlined shape has delicacy and ended up with an unintentional shape.

We believe that presenting new possibilities in the form of furniture to the casting industry in Takaoka, which has focused on Buddhist altar fittings and Buddha statues for several hundred years, is a valuable endeavor that will bring new life to the Japanese cast to produce an innovative type of traditional crafts. 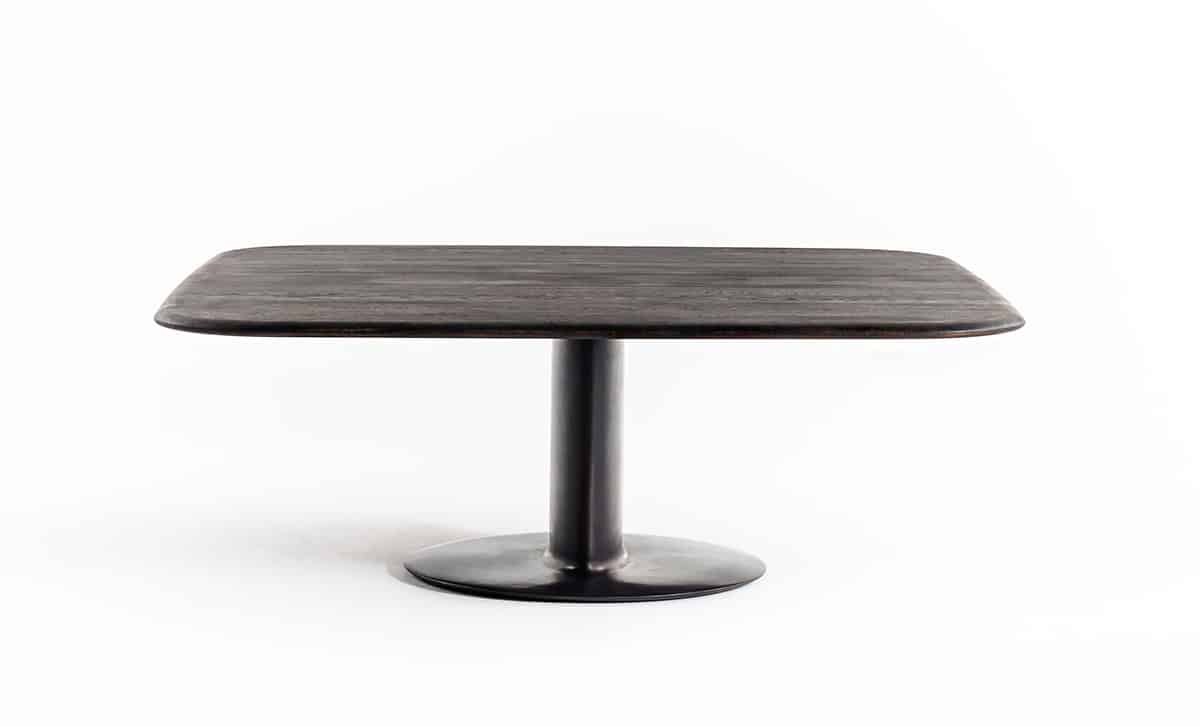 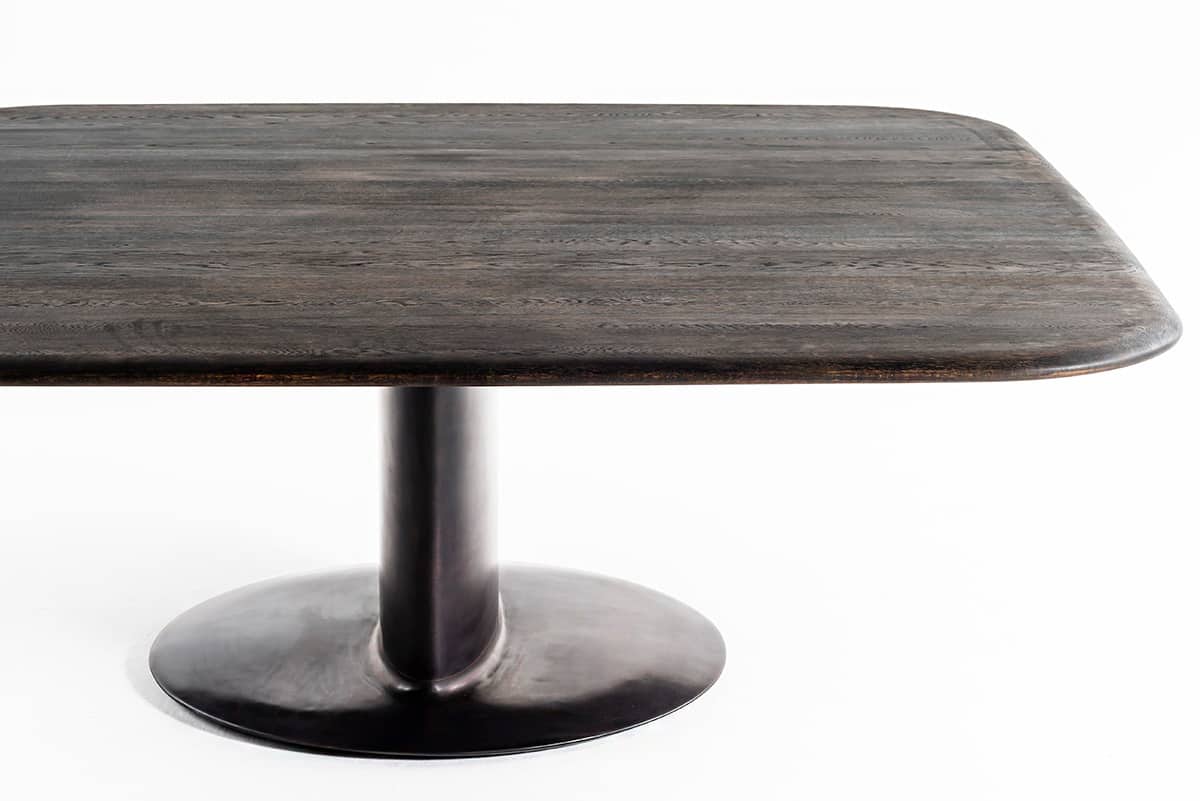 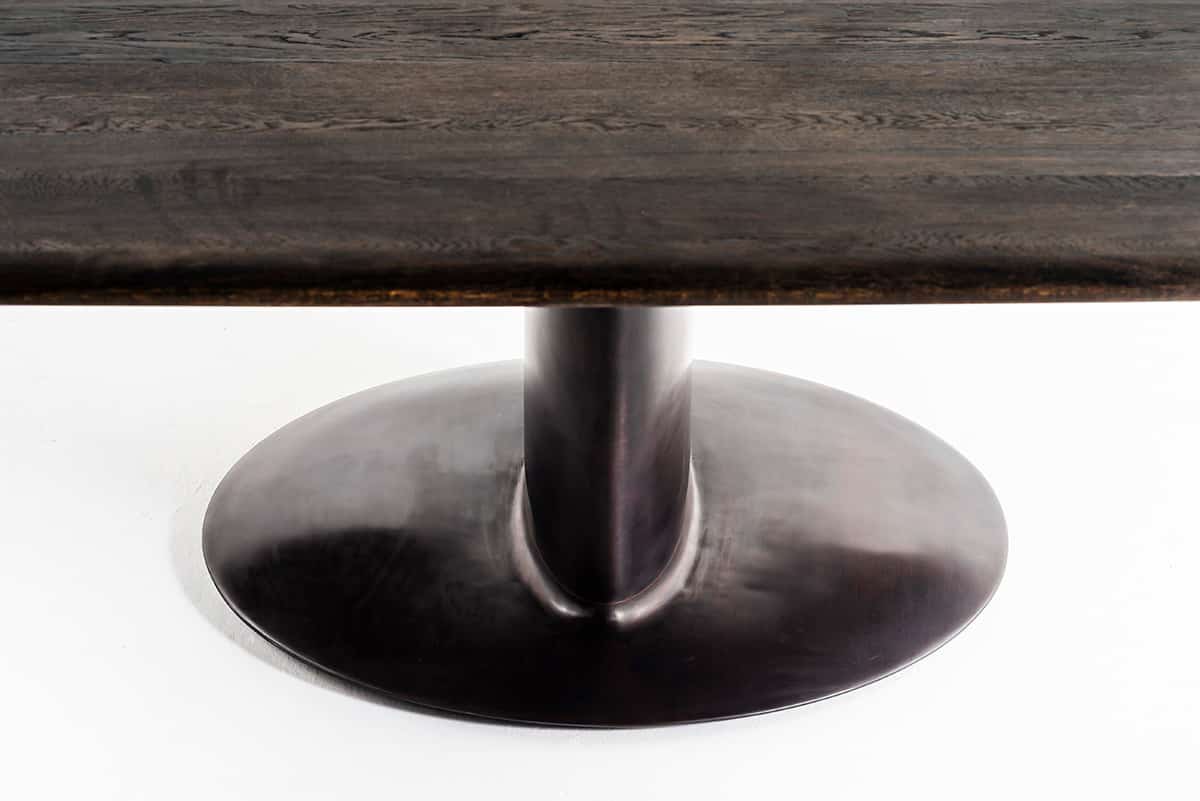 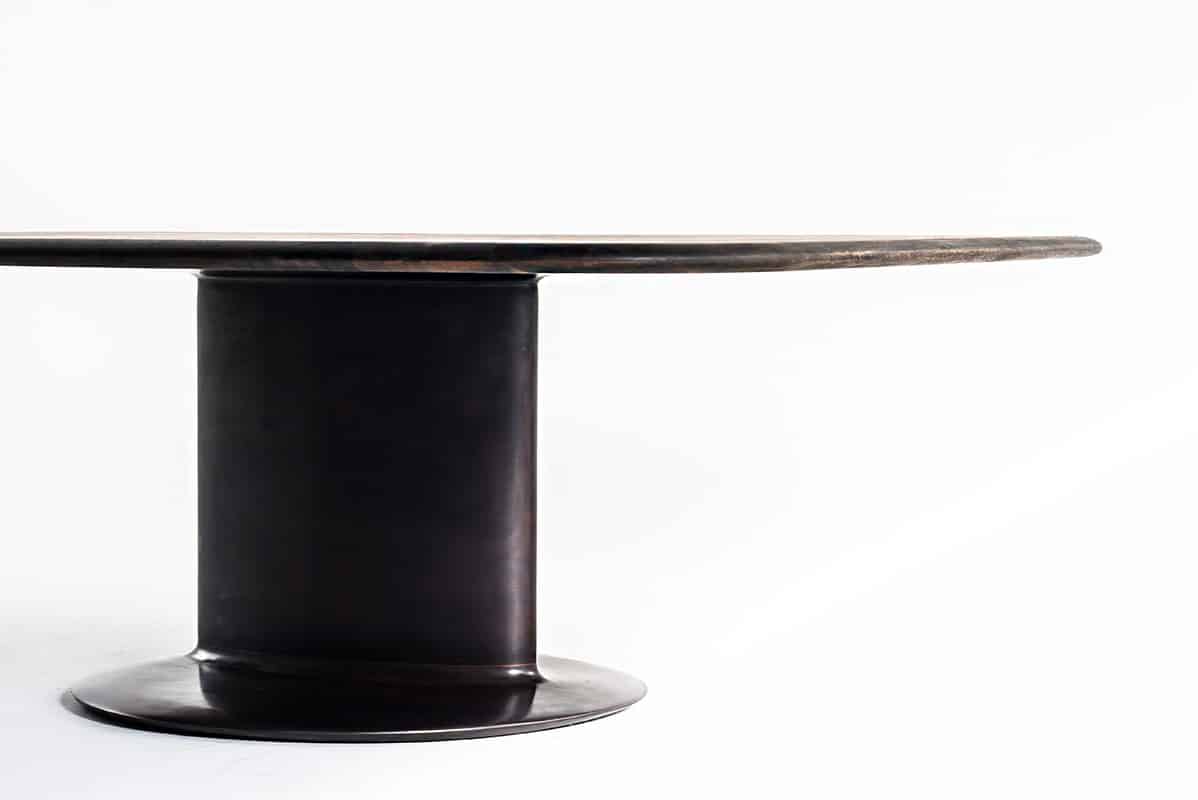 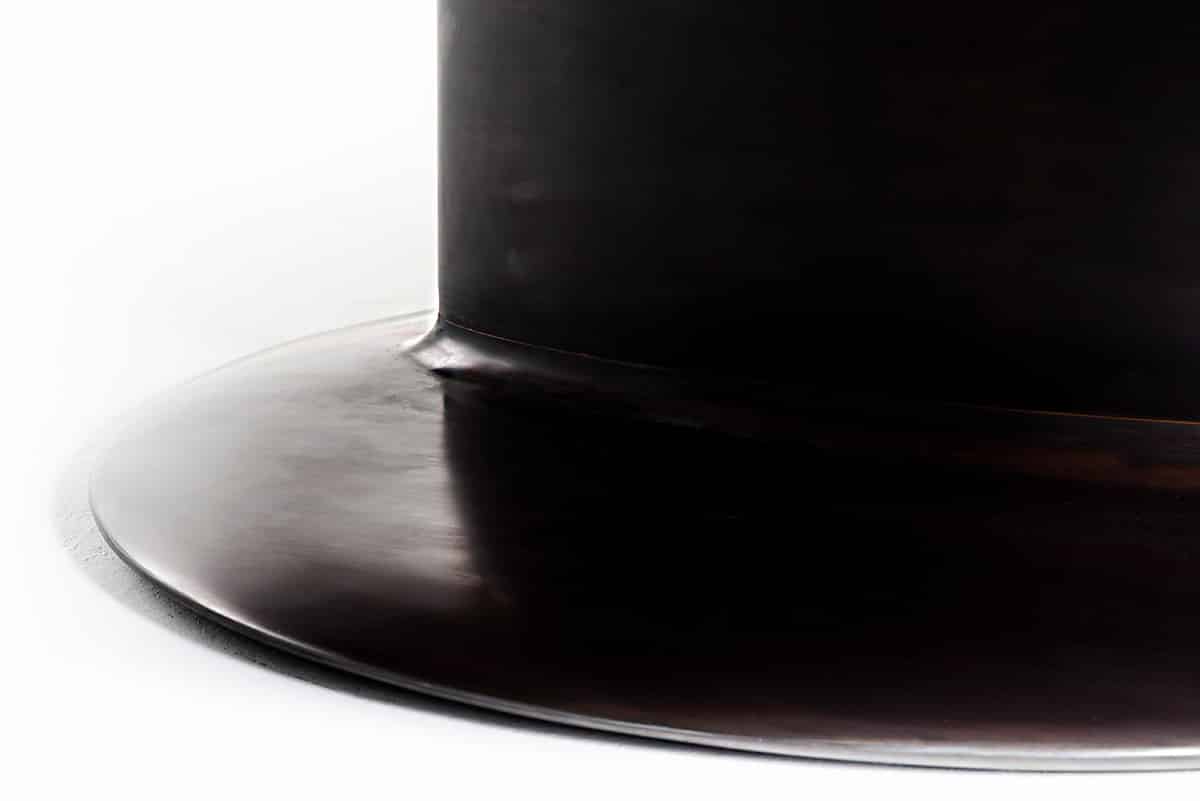 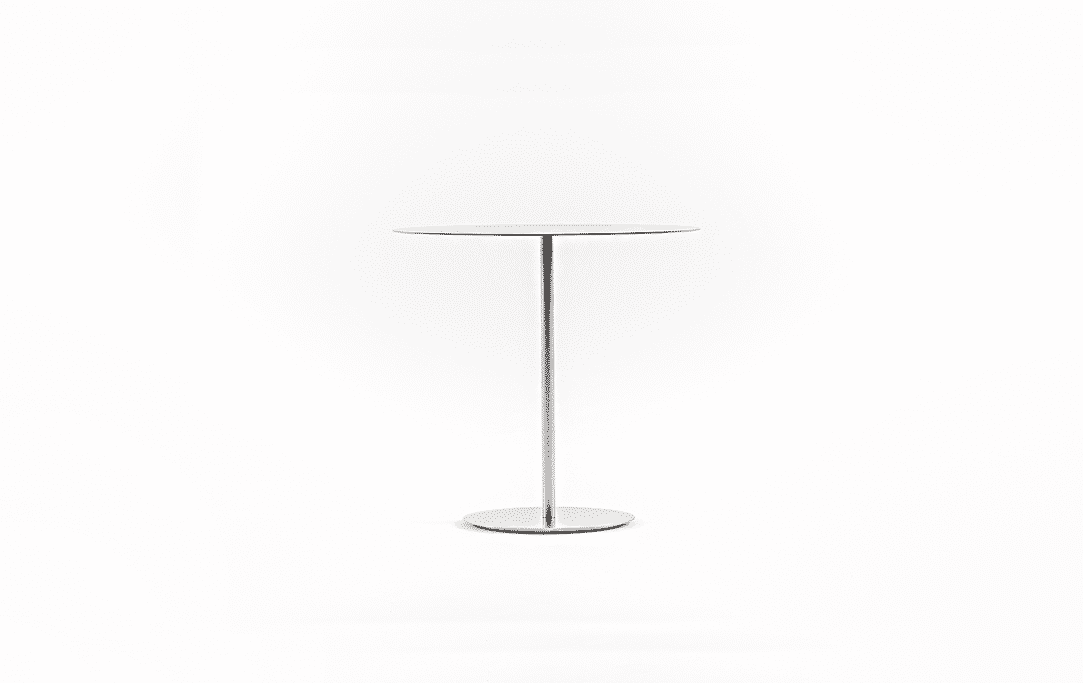