Jean-Marie Massaud is, rather than a designer, a friend of mine who is compassionate and respectable. In 2005, we held an exhibit titled “Human Nature”, which was something like a scenography of Jean-Marie Massaud, at one of our shops in Minamiaoyama in Tokyo using the first to the third floor spaces.

Why did we hold “Human Nature”? There might be no answer to this question for both Jean-Marie Massaud and us. That literally was a fateful event that was inevitable and unexplainable. The great exhibit was born from each other’s needs and good timing, and we don’t think we can hold an exhibit like this again. The memory seems to stay only in the minds Jean-Marie Massaud, many visitors to the venue and us.

Although bygones tend to be beautified, we believe Human Nature was an exhibit that boasted of a beautiful display configuration in an extremely pure way with a highly public and fair nature. At the entrance, there were torsos that were organic and looked like animals or plants, stretching as if they were continuing forever to heaven and earth. This forest of torsos completely erased the atmosphere and feeling of the outer world. The story of Human Nature started from the entrance. The strange feeling you feel passing through a forest of torsos was equal to the elevation in the mood brought by spaces and products that Jean-Marie Massaud creates. The atmosphere was, although somehow instinctive, academic and sophisticated. This was probably due to the personality of Jean-Marie Massaud, who is his own biggest attraction with a world-view unique to him.

As Jean-Marie Massaud says as one of his beliefs, “Designs should be something that contributes to the evolution of human beings”, and so he tries to clearly define the roles of design not as materialistic luxury but as necessity for humans to live. In the world he creates, such dynamism coexists with humanly sensitivity.

This chair called Men expresses the stereoscopic volume using lines that connect the ring-shaped wire parts, which are shaped by pressing each steel rod onto a mold that is respectively different in size and shape, with two vertical wires. No other chairs have looked so airy inside with only a wire outline, which reminds you of dinosaur bones. He was inspired to create this stereoscopic appearance from the facemask (or men) used in kendo, a traditional Japanese martial art. In actual manufacturing, all the processes are conducted by hand because they need to connect the wires that are respectively different in shape. When the outline of the three-dimensional object becomes visible after the rods are connected, you will also understand the meaning of this chair’s presence. 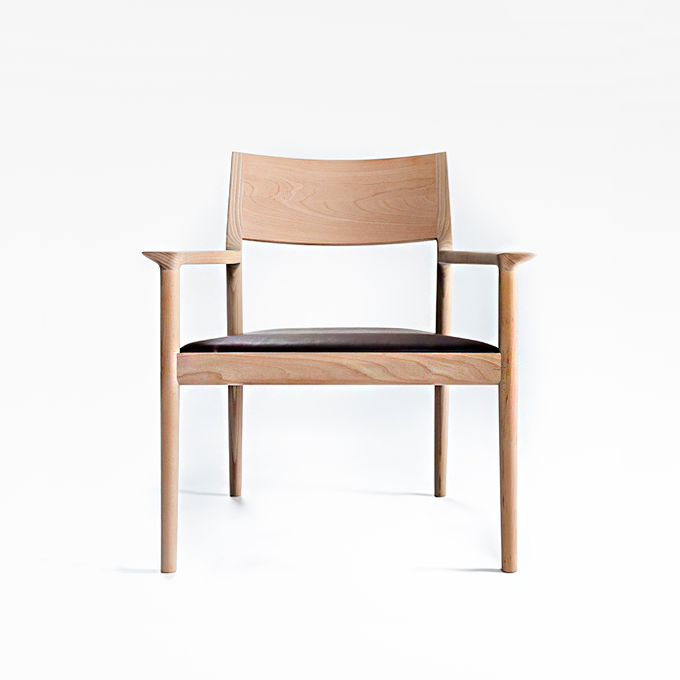 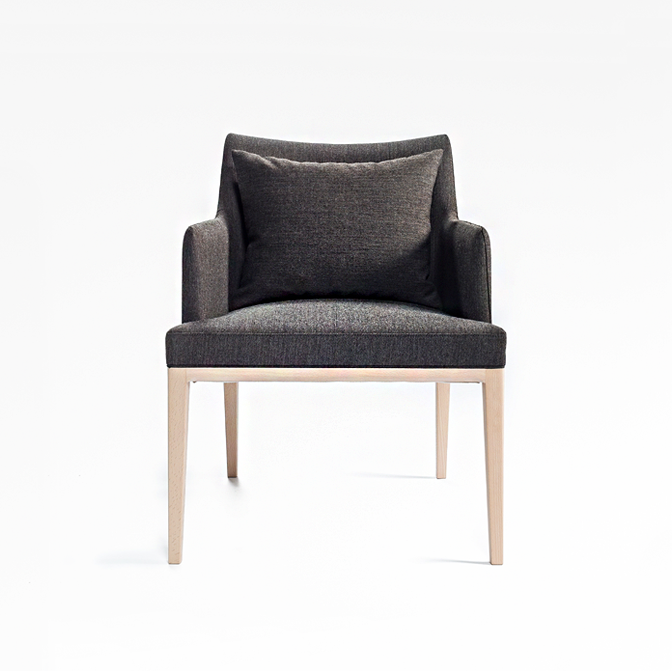