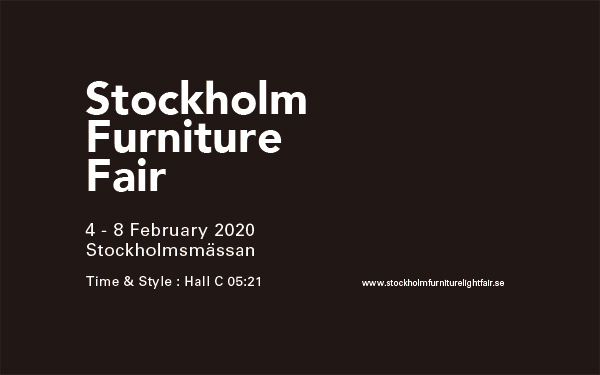 Time & Style will exhibit at the Stockholm Furniture & Light Fair. At this second edition of the event following the first last year,we will introduce a table made from brass and bronze through Japanese casting technology in use for over a thousand years, and lighting that takes the molded beauty of paper lanterns as its theme. The stately sense of the cast items and the soft lighting passing through Japanese washi paper express a delicate Japanese atmosphere, creating beautiful shadows amid dimmed light.

1,300 years ago, the largest Buddha statue in Japan was casted from copper, with a height of 14.7m high and circumference of 70m. Created over a period of about 11 years using copper said to have come from all over Japan, this statue is symbolic as the most famous of the Great Buddha statues in Japan. The casting technology required to make such a huge statue was already in existence 1300 years ago in Japan. Over 70,000 Buddhist temples throughout Japan contain numerous Buddha statues and altar fittings created through casting, and nearly all of the large temple bells are made in Japan. Moreover, since ancient times, Japanese houses have had Buddhist altars dedicated to ancestors and shrines for venerating gods.

Casting technology has been used primarily for the manufacture of altar fittings and statues related to Buddhism, as well as for objects of art and monuments in modern times. We have used Japanese casting technology, which has not been used in the furniture world, over many years to create furniture that reflects the inherent charm of copper and brass casting, leveraging its characteristic ability to be freely and delicately molded. We feel that we have shown new possibilities for the casting industry in Takaoka, which for centuries has focused on Buddhist statues and altar fittings, and that the rebirth of casting into a new existence is a worthwhile effort at creating a new form for a traditional craft.Stockholm Furniture & Light Fair
Stockholm Furniture & Light Fair is a world-class furniture exhibition and one of the largest in Scandinavia,
featuring over 700 exhibitors from over 30 countries and welcoming over 40,000 visitors.
https://www.stockholmfurniturelightfair.se/
Menu
Facebook Instagram