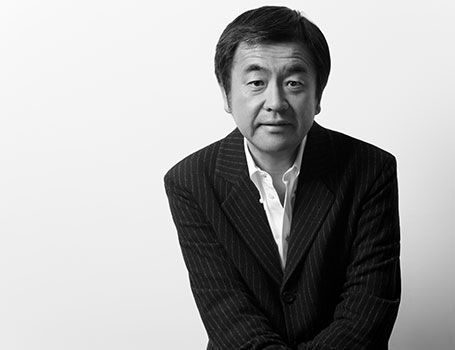 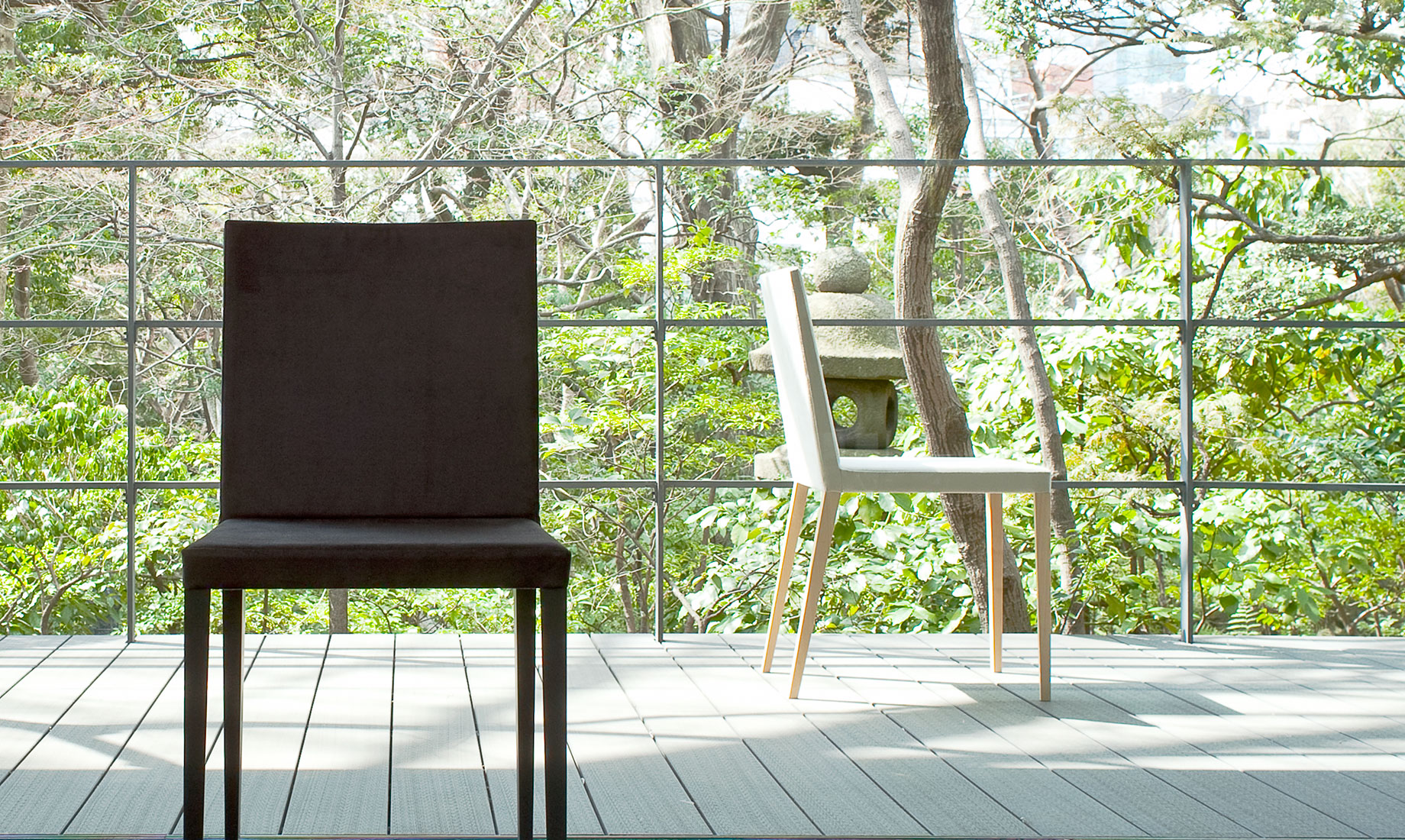 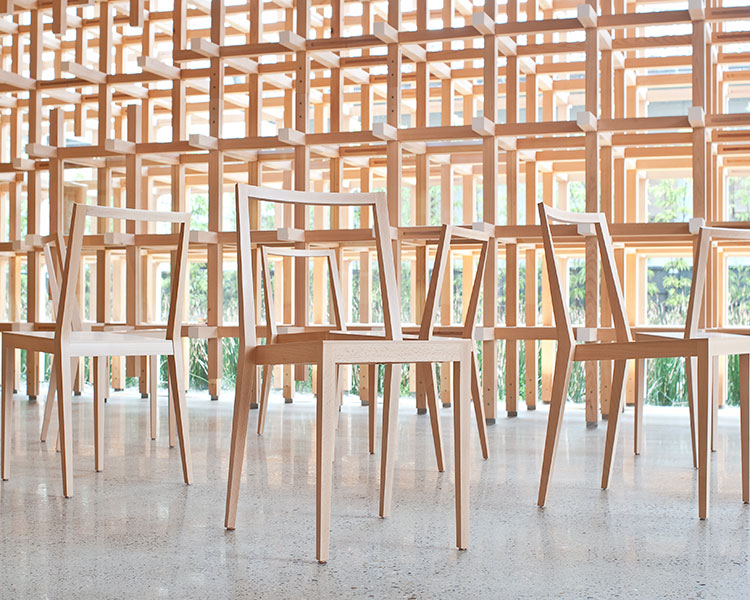 In the 21st century, he says that we must have an individualized architecture, in which people repossess humility toward nature to utilize the place. For example, it is necessary to select suitable materials for the location, not using standardized materials like a formulation, including concrete, glass, and steel, all of which are available to produce in an efficient manner across the world. It is his philosophy that it is impossible to make the most of the attractive features of the place with standardized buildings as he disagrees on assimilating all architectural structures. 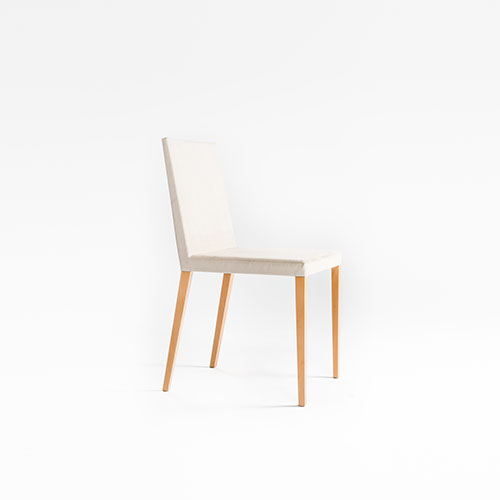 His philosophy of architecture is also heavily tinged with his way of designing furniture. NC chair, which was jointly developed with TIME & STYLE, is produced exclusively for NEZU CAFE located in the garden of the Nezu Museum in Minami Aoyama designed by Kengo Kuma. The building features full-height glazing on three sides enjoying the views of the garden full of lush greenery, as well as the ceilings embracing the style of a gable roof without the addition of ceiling lights, bringing in soft light from the skylight. The building makes you feel as if you are in a forest, providing a natural connection with the inside and outside. What’s missing here was wooden furniture, which is a simple chair of the most extreme nature with basic design and daintiness, resonating with the tranquility of the forest and minimal spaces. It required a continuing process of trial and error and more advanced technology because it was extremely difficult to satisfy both requirements, the level of comfort giving a sense of peace and the finely tuned measurements to the utmost limit, in pursuit of slimness and slenderness. 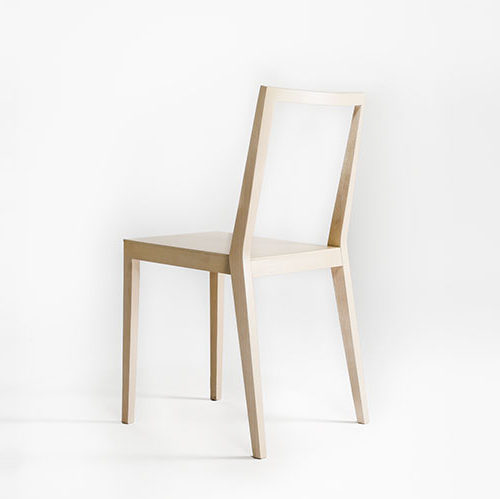 GC chair is designed for the Prostho Research Center of GC dental products corporation, which was also designed by Kengo Kuma, based in Kasugai, Aichi Prefecture. Without using nails, the building was constructed using the design where narrow wooden timbers are weaved in a reticular pattern creating traditional Japanese hound’s-tooth patterns in three dimensions. The design of GC chair aims to use the same hound’s-tooth patterns as its design source and create stackable chairs. Stackable wooden chairs are out of common and the production required extremely advanced technology to realize a strong chair capable of supporting the weight of stacking, and it took a great deal of time and trial and error.

Both NC chair and GC chair support his approach of designing the whole image while taking into consideration its details, as well as the philosophy of architecture blending in with the environment and utilizing the people who exist there. As furniture is one of the elements of architecture, Kengo Kuma utilizes the methodology unique to an architect that can realize the unification and harmonization of the building as a whole and the surrounding environment by sharing the same concept and philosophy. Although furniture manufacturers generally begin the production of furniture with the approach of connecting products to a space, he develops the architectural concept bonded with the location and considers furniture as part of the whole. This project was a great opportunity to realize the encounter of those who embrace different approaches as the beginning of creating new values in craftsmanship. 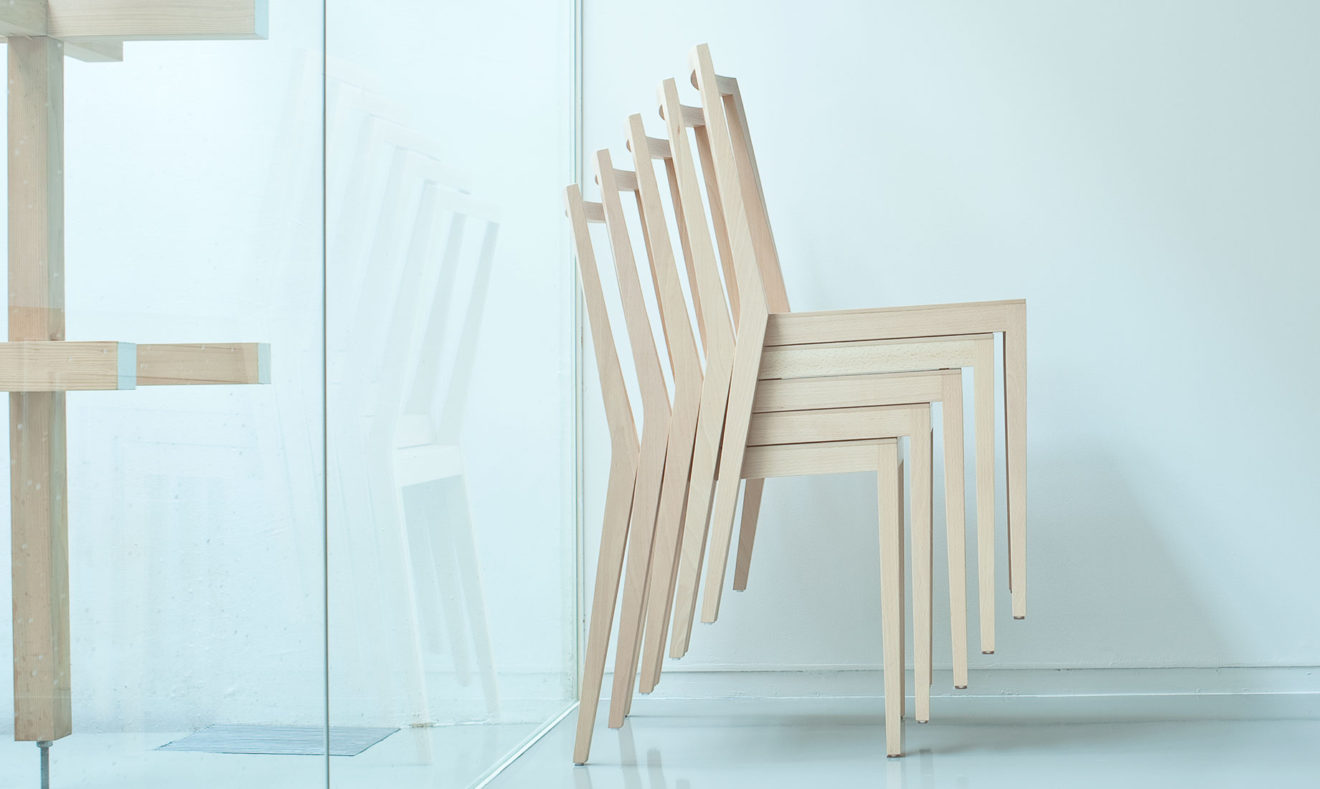 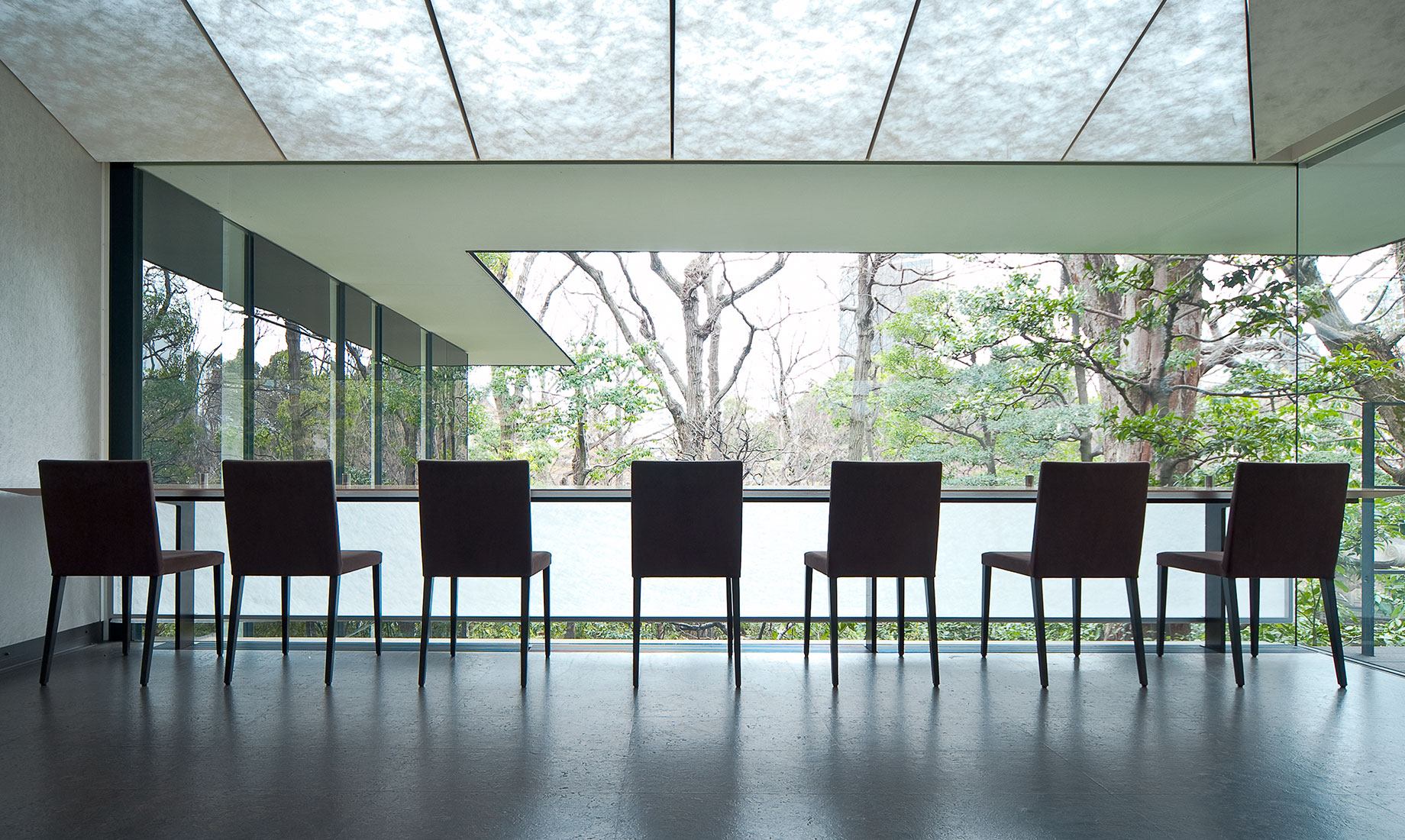 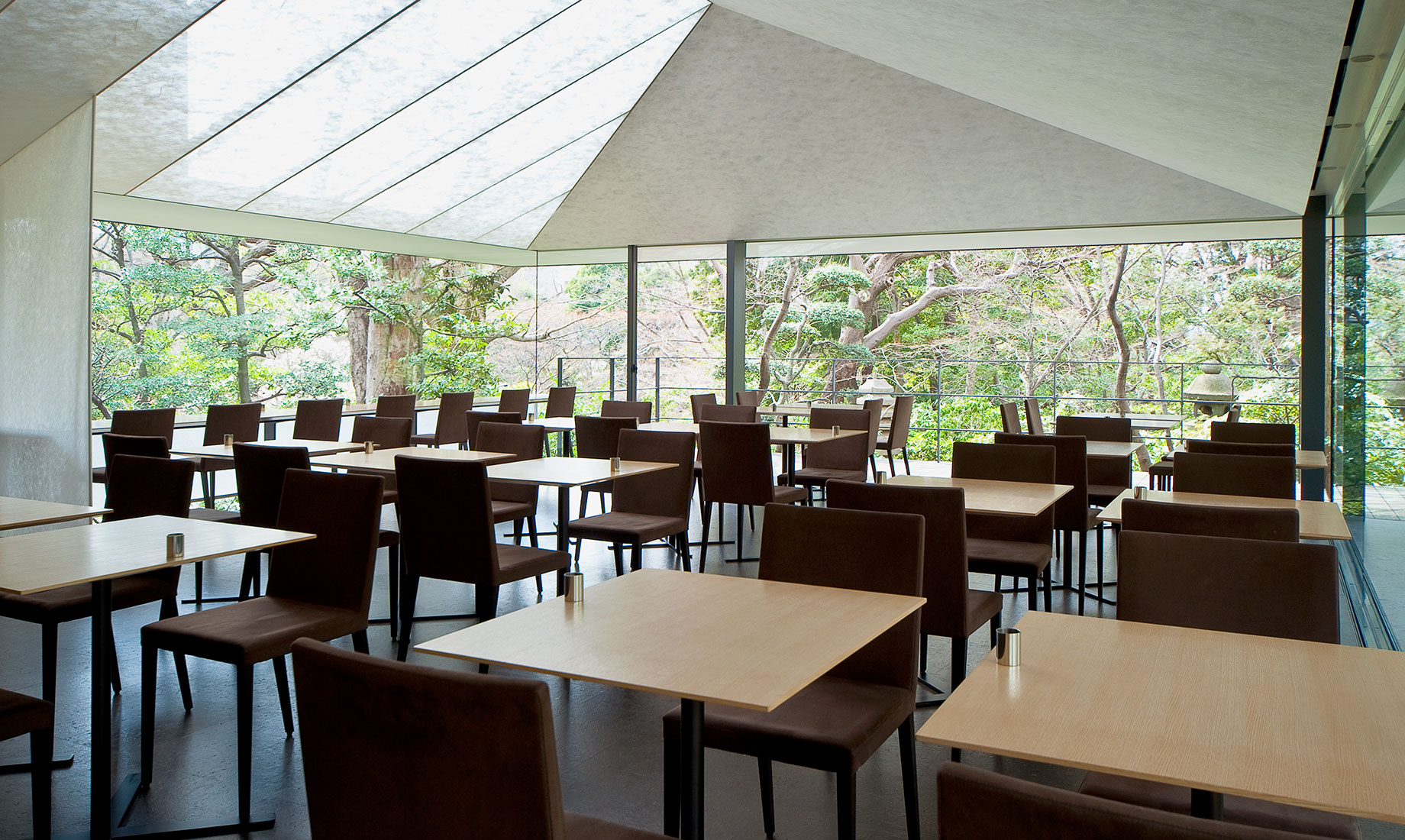 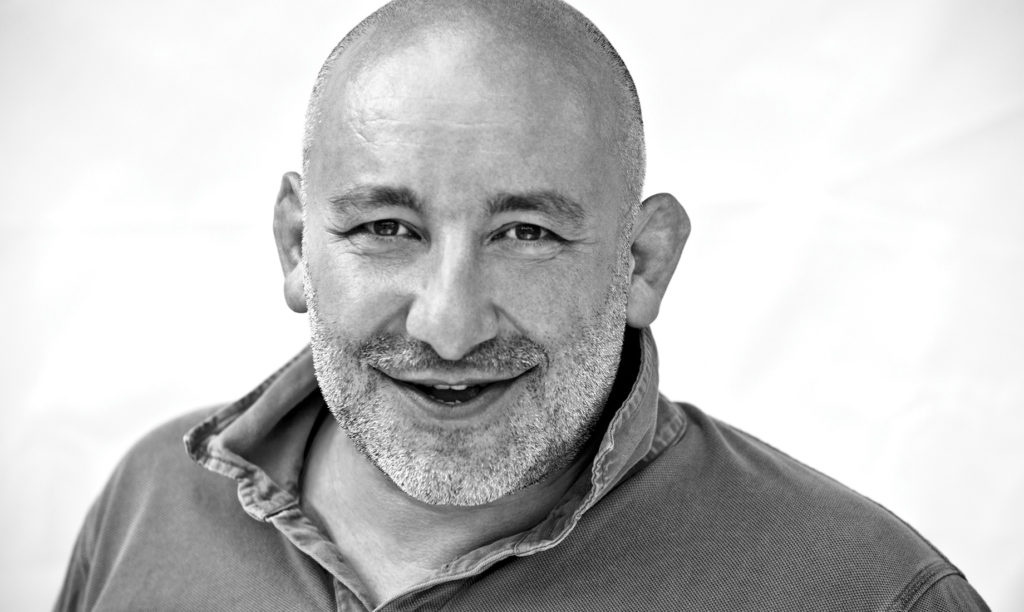 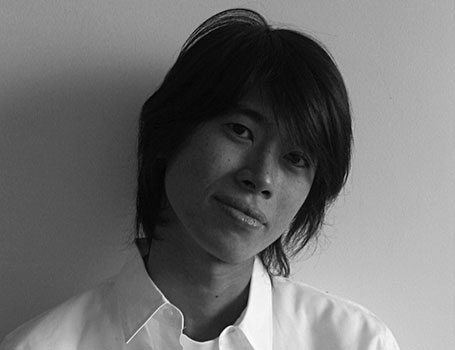 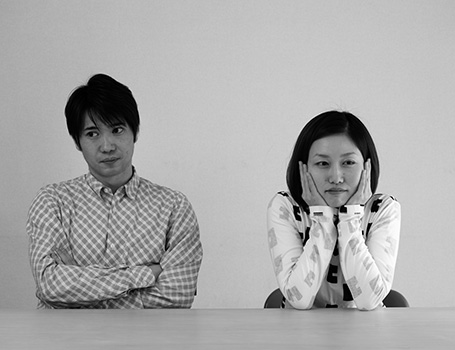 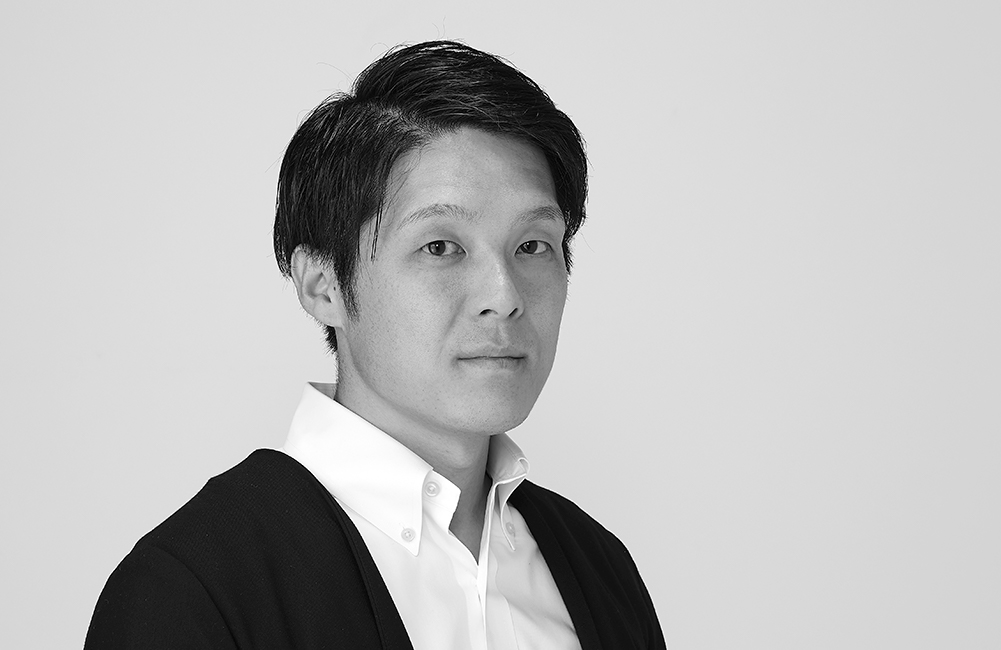 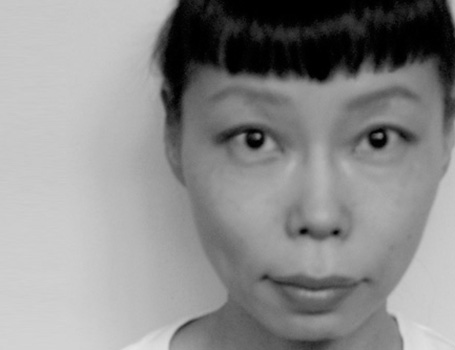