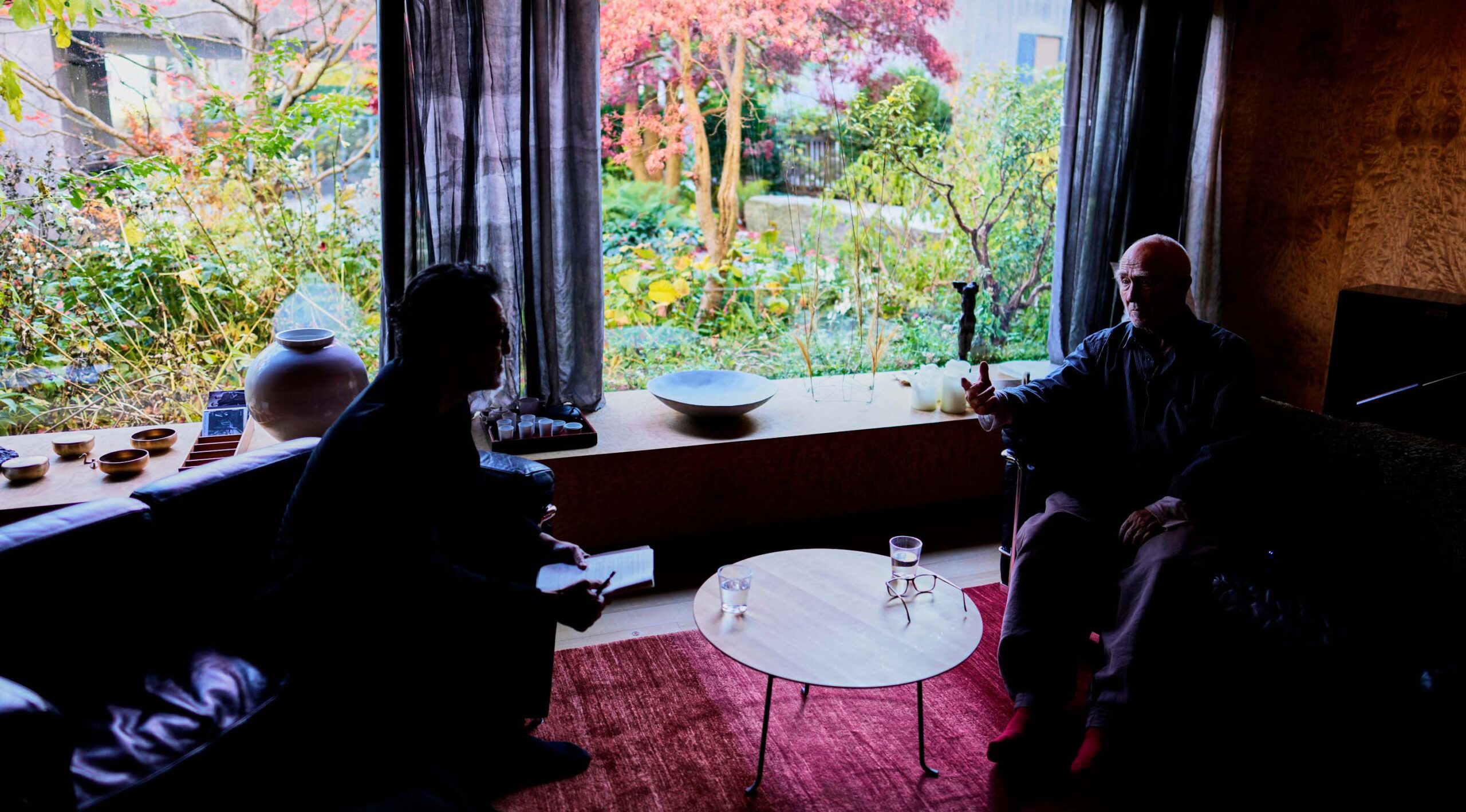 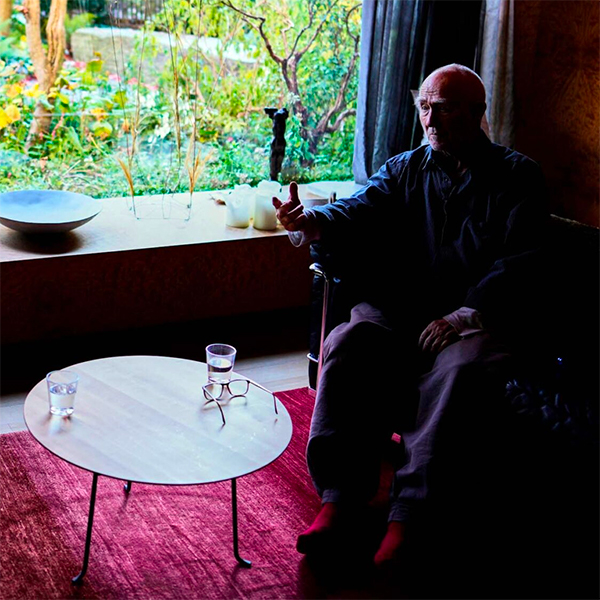 Zumthor    Switzerland has this system of apprenticeship. There’s also a bit in Austria and Germany, but in Switzerland, it’s a federal degree regarding all the trades that you do with your hand. You can take an apprenticeship, go to school, and then after three or four years, you get a paper that you are a trained plumber, a trained roof maker, and so on. This system is very good, and I like this. But I did it because of my father. He wanted me to do this, to take over his shop. So I learned the craft.

—  I imagine back then, maybe 60 years ago, it was not the same as today. What kind of things were you using to make furniture?

Zumthor    The exams, they were still about old type of furniture making. Every day, furniture making was a lot about using plywood and using particle board – a lot of boring works. Because you had to do many things, it is hard to recall. But now, I don’t know, it’s even more technical and you have to look out for so much. But it still exists! Here, it still exists in this area nearby, with people who can make something beautiful with their hands, and care about this concept of custom-made. In the United States, as you know, it is already like a frantic search. You would spend for more than for a year or so, that is if you could find somebody who can work with his or her hands and do something beautiful on a higher level. It has become rare. Here, it still exists. For instance, this guy here at the entrance door, he’s a furniture maker, a woodworker. He is good. He can do anything.

—  What kind of products were you making at that time?

Zumthor    There were all kinds of commissions that my father would get. It was a time when the local carpenter would work for the local people. It’s starting to go to an end, but here, things were sort of custom-made. You could go to him and say, “I want that in the living room” or “I want something built-in here” or so. That’s the kind of work. 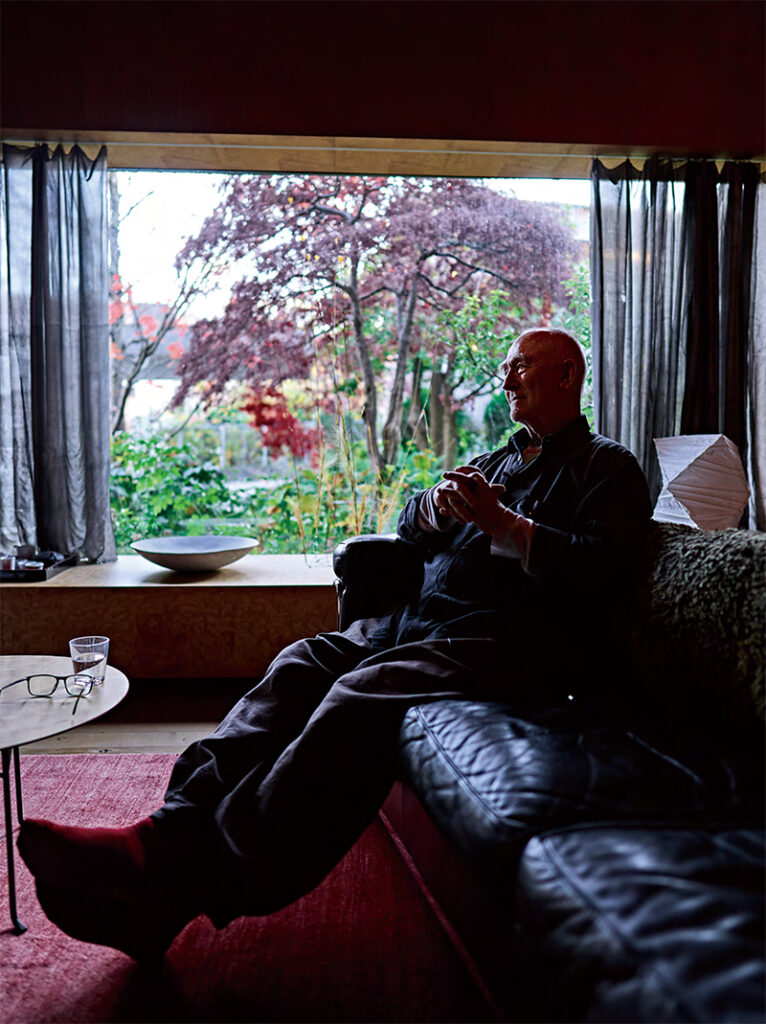 Zumthor    Wow, you’re wrong! In Kunsthaus Bregenz there is not one piece of wood, in Therme Vals, there is no wood. Except for this thing, everything is wood. So there! It’s not true.

—  I see. Now I want to ask you about the furniture. When you design furniture, how do you create your ideas?

Zumthor    I don’t think I have to create ideas. It’s more about what would be nice to have. And if the market already offers something nice to have, why not use it? But sometimes there is nothing on the market, like a peppermill. I didn’t find a good peppermill, so I said let’s do one. It’s more like candles for the house, something special, that I need for the house. Then I decide this for the house. Because I know what I am missing! I know the tool. It’s the most simple thing but I am missing it.

—  Thank you for sharing that! How about the relationship between furniture and human lives?

Zumthor    It belongs to the series of objects and things, which every human being collects in his life and lives with it. I have a nice collection of things, small things, bigger things. And they are sort of like my friends, they are around me. And I can see this and lots of people have this too. So, I think it’s very human to have things. Sometimes, they come from the older time. They connect me to the life of ancestors, or people I don’t know, but they were part of their lives. It’s very nice that things are passed on, and I also like to do furniture which is worthy of being passed on.

—  I recall it was when we were making the second prototype of the “working table”, we prepared three samples of the corner of the table for you. You touched the edges and explained to us the difference, and ended up selecting this one. We did produce the first prototype according to your design, but you decided on a different one. Why was that?

Zumthor    You know the sharp edges of things, they had started in the 60s with modernistic furniture. Then they stayed with minimalism. But when I can hold them, sometimes the edges are too hard for me. But here, the edges are a little bit more, let’s say, soft. It also has time, it also has a bit of style. I guess it’s Time & Style.

—  Thank you. How about your design? Is it also changing with time, or more specifically your age?

Zumthor    I don’t have a style or a form. I think I have an attitude toward things. And they are very much connected to myself and what happens around me. At the moment, the world is getting extremely artificial. There are all these virtual tools around us like the internet, and we seem to be connected to everything at the same time. But my observation about people is that we are less connected. We have just a part of all the information, but it’s all completely flat. It doesn’t go deep, and it keeps us racing, racing, racing all the time.

Yesterday, I was reading something from a guy who died a couple of years ago. I think he was a philosopher, a German guy, Roger Willemsen, a very nice guy. So he says, in these exact words, “We were connected to life and to our work, and we could be unhappy, we could be unsure. And though it could be difficult, all these things came out of, as suggested before, out of missing something.” Now, everything is so efficient. Everything is like: this you can say, this you should not say, this is correct, this is not correct.

Now coming back to architecture, I think my architecture gets more and more… rough! The opposite of slick.

—  Yes, and I felt the work was very precise and sensitive, like functional pieces. I also felt as if we were on a big boat, and the round wooden pieces outside the chapel were the fish. That was my impression.

Zumthor    That’s good you went there. So, you don’t belong to the people who say, “why is your architecture always square and straight?” I’d say, that’s not true.

Zumthor    Or, why is your architecture always in wood? Not true!

Zumthor    This is, if you ever go, I have made another chapel, 20 or 25 years later than the St. Benedikt Chapel. This is more existential. It’s nothing like the chapel I made up there. Back then, I promised to the priest. I told him, listen, I am not into church anymore. I went out of the Catholic Church. But I could make you a chapel with the consciousness of a 17-year-old boy who loves sitting in a church. I would like to be there, and that’s good enough. I guess that’s what I did. It’s a warmhearted, sentimental, and romantic piece. That’s how I felt then, as a boy, for the church. I didn’t believe in authority. This is not an authoritarian chapel. It’s more of a soft piece. And the chapel I did in Germany much later is more essential and more… full of questions. There is a nice essay by a Hungarian philosopher. Do you know this one?

Zumthor    László Földényi, he is a specialist on melancholia. And, he writes this essay on the chapel of Bruder Klaus, and what he thought about it. Then later he writes, “Years later I was walking in Paris, then I saw a display window and saw an object, which I liked a lot. Then I went inside and bought it even though it was expensive. Later, I used it,” and here he is talking about this peppermill. He said he liked it, and “later turned it around and then I read: Peter Zumthor.” And then he knows, “it’s the same person as this chapel!” He saw the chapel, he wrote about it, later he saw the peppermill, he bought it, and then later, he turned it around and read: Peter Zumthor.

—  When I met you probably three years ago, in the first impression you reminded me of a Japanese monk. That was just my impression. And when I see your architecture, I sometimes feel there is something Japanese about it, and that there is affinity.

—  Yes, it is. Because we make furniture, I do feel there is a certain similarity or relevancy. Producing your furniture was very difficult, but it was such a great pleasure to work together again. We felt that you have a clear understanding of the material, and also how to use them.

Zumthor    I grew up in this family of craftsmen. So, already as a boy, I could use my father’s workshop. We didn’t have so much money but had lots of children, so I made all my toys and games by myself. And my father let me use all his tools and all his material. That’s how it worked. I think it turned out quite okay. 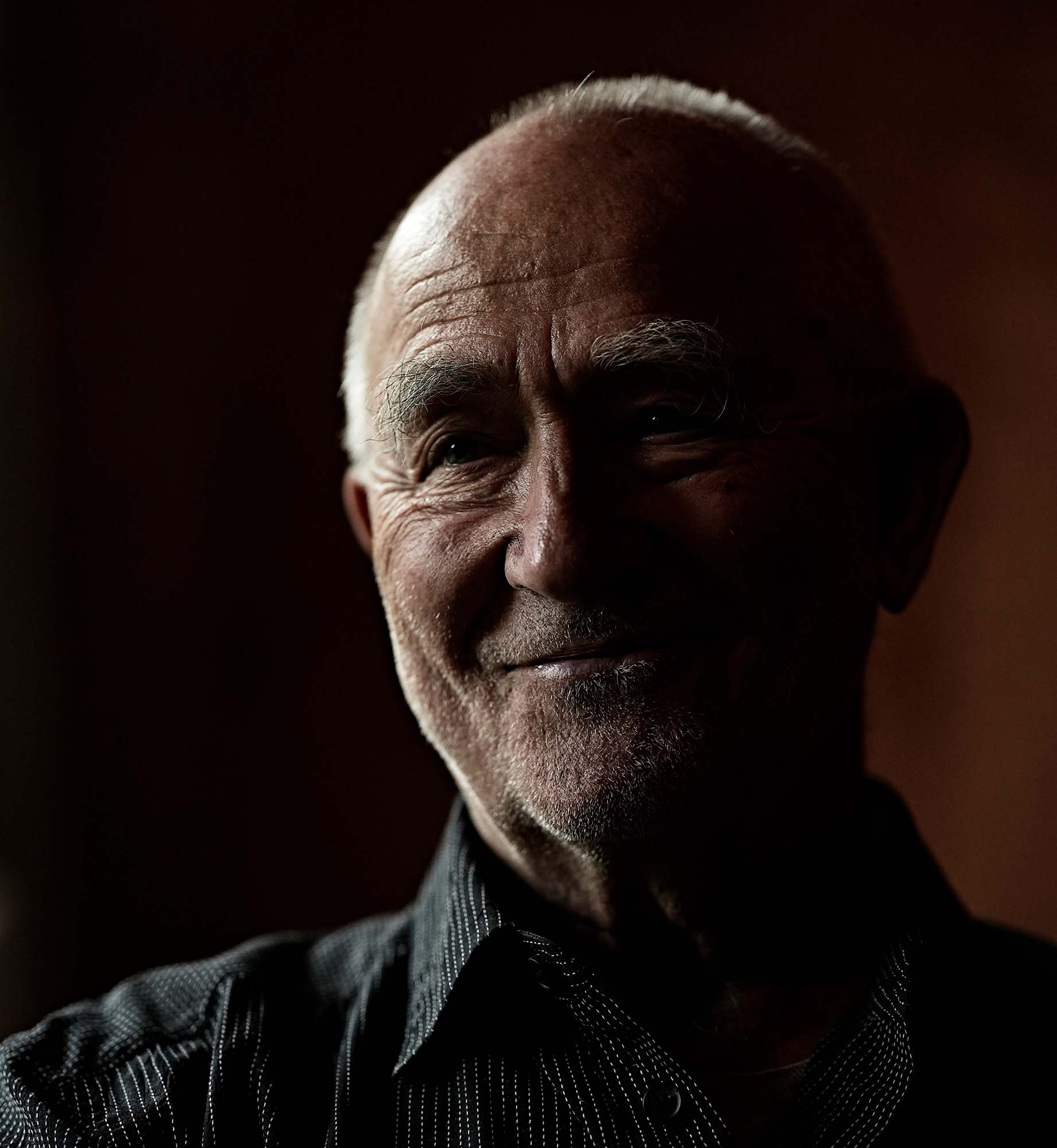